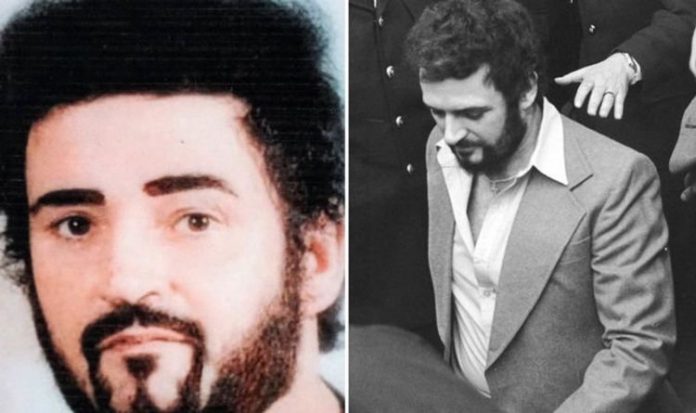 Once one of the most feared criminals in the country, serial killer Peter Sutcliffe died aged 74 on Friday after reportedly refusing treatment for Covid-19. Sutcliffe was given a whole life term in 1981 after being convicted of murdering 13 women and the attempted murder of seven more. It has cost over £10million to keep him behind bars ever since.

He had asked to be cremated and for his ex-wife, Sonia Woodward, to scatter his ashes in Paris, where they honeymooned in 1974. Up to £3,000 of his basic funeral expenses may now have to be covered by the Prison Service if his surviving relatives refuse to have anything to do with him.

Under Ministry of Justice rules prisons “must offer” to pay a contribution towards “reasonable” funeral expenses for inmates who die in custody, unless their families have pre-paid funeral plans.

Reasonable expenses include the cost of a coffin, burial or cremation, hearse and funeral fees.

They cannot be used to pay for a headstone, flowers, wake or an obituary notice. It comes as a memorial to the Yorkshire Ripper’s final victim was put up near the spot where she was murdered nearly 40 years ago.

Student Jacqueline Hill, 20, Sutcliffe’s last victim, was killed as she returned to her halls of residence in Headingley, Leeds, on November 17, 1980.

The body of the English undergraduate was found on wasteland the next day.

Leeds Spinners member Claire Jones said: “Every woman during the years Sutcliffe was perpetrating his crimes felt the impact.”

The woman, who asked not to be named, said: “I’m glad he’s dead, but he should have been hanged.”

Sutcliffe spent his last days in HMP Frankland in Durham, never showing remorse for his crimes.