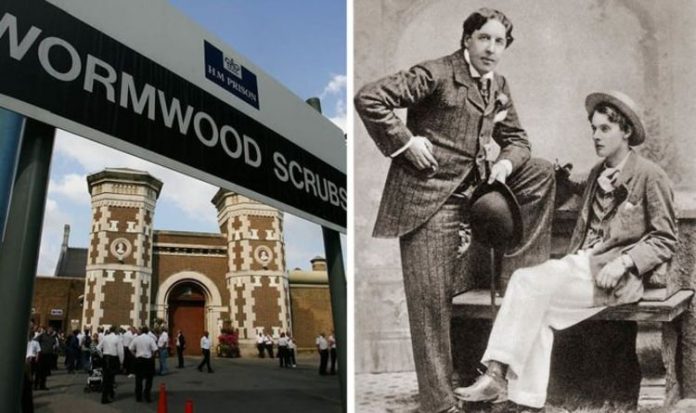 The Government is refusing to release the notebook in which Lord Alfred Douglas, better known as Bosie, wrote the poem In Excelsis, partly on the grounds it was penned on prison property. Bosie fought for decades for the book to be returned. After his death in 1945 the fight was taken up by farmer Sheila Colman who cared for him in his penniless final days. Tory MP Tim Loughton, who helped Ms Colman, has made a fresh push to have the notebook released. He suggested it could go on public display in his East Worthing and Shoreham constituency, an area which has strong links with both men.

Wilde wrote The Importance Of Being Earnest in Worthing in the same year as a visit by Douglas in 1894.

But Culture Minister John Whittingdale told Mr Loughton: “The notebook… was issued by the Governor of Wormwood Scrubs prison to Lord Alfred Douglas while he was in custody there in 1924. As such the notebook was then, and is now, property of the Crown.”

He said the book “is permanently preserved as a public record at The National Archives” and removing it would be inappropriate.

Mr Loughton described the Government’s response as “churlish” adding, as the 100th anniversary nears of the writing of the poem – seen as a reply to Wilde – it is “probably about time to let bygones be bygones”.

John Stratford, one of Douglas’s literary executors, said if the original document was released it would require expert care. He said: “I would imagine it’s a fairly fragile [notebook] with not great quality paper, one would guess.

“It’s something which you stick in a bookcase… If it wasn’t preserved correctly it would deteriorate very, very quickly. It’s one of the few Lord Alfred Douglas documents that shows his working style on his sonnets.”

But Lord Gawain Douglas, the poet’s great-nephew, said: “The notebook is best situated exactly where it is, and where it can best be preserved for, and observed by the public.”