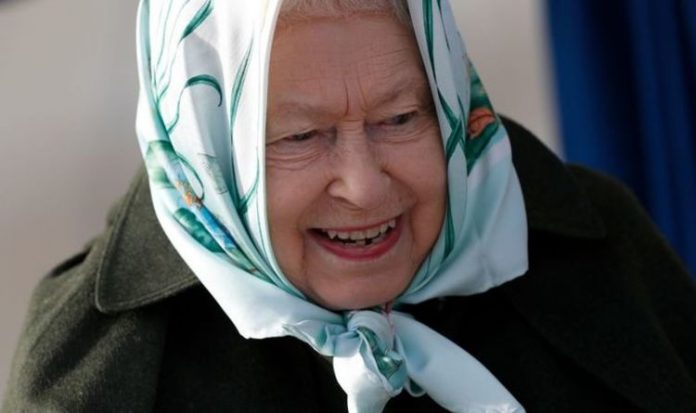 The monarch, 94 and Prince Philip, 99, will head to their five-bedroom cottage in Norfolk later this month to stay in much more humble settings than their Scottish castle. British author Harry Mount has told of how a former royal courtier revealed their astonishment at seeing Her Majesty working in the kitchen at Wood Farm.

Mr Mount said the member of the royal household, who has since passed away, found it almost unbelievable to see the Queen standing at the sink doing the washing up.

Writing in the Telegraph, Mr Mount said: “’I was once at a shooting lunch,’ a long-dead royal courtier told me once. ‘At the end of lunch, I heard someone say I’ll do the washing-up.

“I turned round and there was the Queen in her yellow washing-up gloves.’”

The Queen has been known to assist royal staff with everyday chores at her residences.

Former Conservative Prime Minister Margaret Thatcher reportedly caught a glimpse of the head of the Royal Family cleaning dishes while on holiday in Balmoral.

The encounter was revealed in a Channel 5 documentary titled Secrets of the Royal Kitchen.

One summer during a trip to visit the Queen above the border, Mrs Thatcher attended a family BBQ in the gardens of Balmoral Castle.

“So, Mrs Thatcher went and bought her some rubber gloves and sent them to her, which is rather sweet.”

And the same documentary also detailed how the Queen would “rinse and scrape the dishes” after a BBQ with her family in the grounds of Balmoral.

The monarch and the Duke of Edinburgh will this year spend the final few weeks of their annual summer break at Wood Farm in Sandringham.

Although her holiday will not officially end until October, she will still continue to carry out royal duties.
She will have her weekly audiences with the Prime Minister via phone and will inspect her red boxes containing documents from the Government.

Her Private Secretary Sir Edward Young will keep her up to date with the everyday affairs of her Government.

Aside from royal duties, the Queen is likely to enjoy a change of scenery following her months-long stay at Windsor Castle during the height of the coronavirus pandemic.

The spacious gardens around Wood Farm offer privacy and are rich hunting grounds for pheasants.

But as the pheasant season does not kick off until October, she will miss out on a hunt which she usually attends with her dogs.