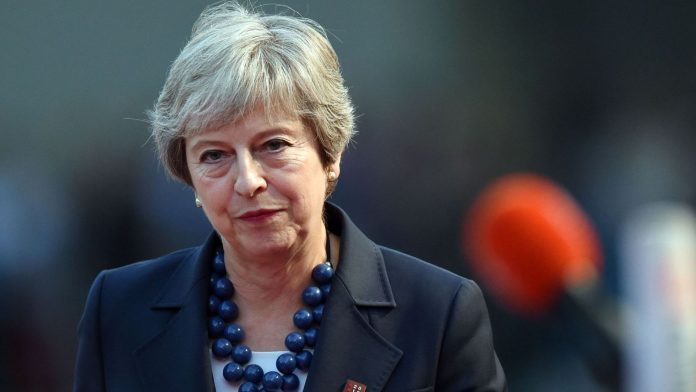 Theresa May has tried to rally EU leaders for a divorce deal to tackle the “uniquely complex situation” of Brexit.

Over a private dinner in Salzburg, the prime minister announced hopes for a “shared close future” but warned “we never said Brexit would be easy”.

Her comments came hours after Brexit Secretary Dominic Raab threatened to undermine the Chequers proposal by admitting it was “not perfect”.

A new summit is expected to be set up for November, as the deadline for a deal by the end of autumn looms.

Mrs May addressed EU27 leaders over wiener schnitzel with potatoes and Austrian wine, pitching her Chequers proposal before sit-down meetings begin on Thursday.

Fighting back against the EU’s suggestion that Northern Ireland could stay in the customs union to avert a hard border, Mrs May said separating it from the rest of the UK was “not credible”.

She also hit back at whispers in Brussels of a referendum on the final Brexit deal, saying: “We all recognise that time is short but delaying or extending these negotiations is not an option.

“I know that for many of you Brexit is not something you want – but it is important to be clear there will be no second referendum.”

:: Where are we at with Brexit? Your questions answered

Earlier, Mr Raab warned that if the EU did not follow the UK’s lead and compromise it would be “lose-lose” for both sides.

In remarks likely to fire up Brexiteers campaigning for the government to “chuck Chequers”, he added the proposal conceived at the prime minister’s countryside retreat was “not perfect”.

But Mr Raab insisted it was “the most credible plan” for Brexit, challenging critics by saying it was “a bit late in the day” for alternative proposals.

Britain and the EU both want to reach a deal by the end of 2018, to allow enough time for all the bloc’s national parliaments to debate and vote on it before the expected Brexit day of 29 March 2019.

The informal gathering in Salzberg has been seen as a staging post in talks, but is unlikely to yield much progress – in public at least.

Brussels has remained adamant it is the UK that needs to change its position.

Antonio Tajani, the European Parliament president, added that the four freedoms underpinning the EU were indivisible.

There must be a level playing field with the UK post-Brexit, he said, with no cherry picking.