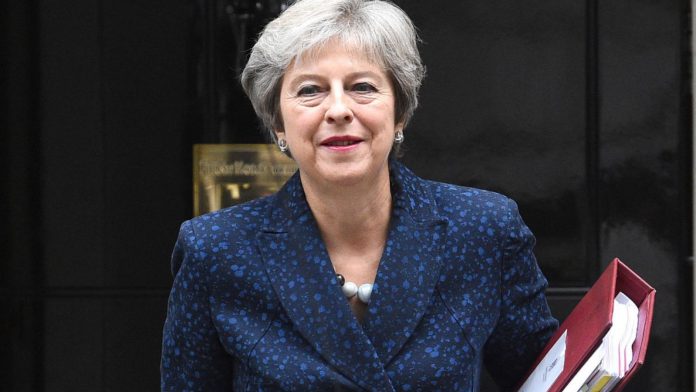 Theresa May has repeated her vow to fight any challenge to her leadership after Tory MPs met to openly discuss her future.

The prime minister is facing further pressure over her occupancy of Number 10 after group of about 50 Conservative backbenchers met on Tuesday night.

The gathering was characterised as an “open revolt” amid continuing anger at Mrs May’s Chequers plan for Brexit.

Downing Street reiterated on Wednesday that the prime minister would fight a Tory leadership election if it comes, but declined to issue a message to any Conservative plotters.

Mrs May was earlier bolstered by support from leading Brexiteers who, despite their criticism of her Chequers proposals, gave their backing for the prime minister remaining in place.

“I have long said, and repeated again and again, that the policy needs to be changed but I am supporting the person,” he said.

“Theresa May has enormous virtues, she is a fantastically dutiful Prime Minister and she has my support. I just want her to change one item of policy.”

Meanwhile former Brexit secretary David Davis, who quit the government in July in protest at the Chequers plan, insisted Mrs May should continue in Number 10.

Appearing at an event where the ERG published their own post-Brexit plan for the Irish border, Mr Davis said: “I have made very plain from when I resigned and thereafter that I think we have got a very good Prime Minister and, like Jacob, I disagree with her on one issue – this issue.

“She should stay in place because we need stability and we need decent government as the backdrop to what we are doing in the coming six months.”

Environment Secretary Michael Gove also offered Mrs May backing from within her cabinet, telling MPs: “Theresa is our leader and I think she’s doing a great job.”