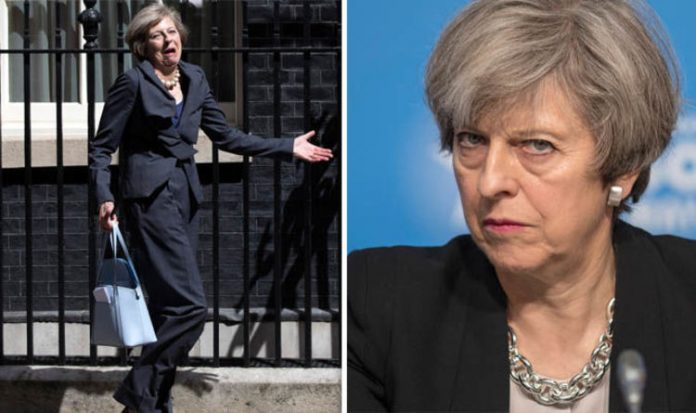 The former Home Secretary is also leader of the Conservatives and the elected MP for Maidenhead, a post she has held since 1997.

As Prime Minister, Mrs May – as well as running the country – ultimately holds responsibilities for Brexit negotiations in March 2019.

The complexities of the job demand a round-the-clock work ethic outside of normal working hours.

So, how much does Mrs May earn for the top job in Government?

As Prime Minister, Mrs May receives a ministerial salary and a separate annual income as a MP.

Mrs May’s current combined salary entitlement is £153,907, according to the latest House of Commons briefing paper for members’ pay and expenses and ministerial salaries 2017/18.

But the amount the Prime Minister actually received in the last financial year was £151,451.

THERESA MAY BREXIT NO DEAL: IS THE UK HEADED FOR A NO DEAL?

Mrs May was entitled to earn £77,896 for her ministerial salary, so the difference has saved the taxpayer £2,456.

Did MPs get a pay rise this year?

THERESA MAY BREXIT DEAL: WHY HAS THE EU REJECTED THE CHEQUERS PLAN?

This means Mrs May, along with her political counterparts, got a raise of £1,368 meaning her wage has gone up – the figures should be revealed in the 2018/19 report once released.

Expenses incurred by working MPs are calculated separately as set out by the Independent Parliamentary Standards Authority (IPSA).

But IPSA is also the body responsible for granting MPs pay rises.

In its 2015 review of members’ day in 2015, “IPSA confirmed that members’ pay would increase to £74,000, after the 2015 General Election, but it determined that subsequent annual increases should be in line with changes in public sector average earnings (not whole economy average earnings).”

Have ministers wages gone up?

After the 2015 General Election, then prime minister David Cameron announced he would freeze the pay of ministers in Government.

According to the Parliament UK website, “the ministerial element of salary drawn by ministers continues to be below that specified in legislation”.