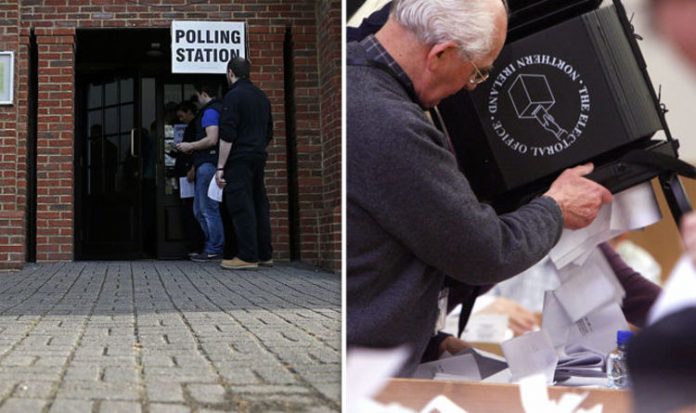 In a statement made today by the Prime Minister, two clear points of contention were made as Theresa May called on the EU to make progress in negotiations.

One of these was complications around the border between the Republic of Ireland and Northern Ireland post-Brexit.

Mrs May said today she will not agree to any deal which results in Northern Ireland being treated differently from the rest of the United Kingdom.

She said: “We both agree that the Withdrawal Agreement needs to include a backstop to ensure that if there’s a delay in implementing our new relationship, there still won’t be a hard border between Ireland and Northern Ireland.

“But the EU is proposing to achieve this by effectively keeping Northern Ireland in the Customs Union.

“As I have already said, that is unacceptable. We will never agree to it. It would mean breaking up our country.

“We will set out our alternative that preserves the integrity of the UK.”

A deal was struck between the EU and UK in December which agreed there would be regulatory alignment between Northern Ireland and the Republic should a no deal Brexit occur.

However, that deal was undone after objections from the Democratic Unionist Party (DUP) who had not been consulted.

Did Northern Ireland vote for Brexit?

Voting results from the EU referendum show that Northern Ireland voted to remain in the EU.

A total of 55.8 percent of Northern Irish voters wanted to remain, with 44.2 percent electing to leave.

Northern Ireland was regarded as one electoral area in the overall UK result, however, the count was spread across its 18 constituencies.

These constituencies were then added together, with those separate outcomes producing the regional result.

In Northern Ireland the DUP campaigned for Leave, championing several benefits to exiting the European Union.

DUP MLA for Belfast South Christopher Stalford said before voting began: “If leave [vote] is over 30 percent I will consider that as a victory.”

A better immigration system, lower bills for families and more jobs were all among reasons the DUP pushed to leave.

“I think the Prime Minister’s very firm reiteration of not breaking up the United Kingdom, of the importance of what she has described as our precious union, is coming across very, very strongly,” he added.

Mrs McDonald said, “Theresa May made a statement today which was billed as a major one in respect of Brexit negotiations.

“It was, regrettably, no more than an exercise in tired rhetoric.

“Rather than accepting that her so-called ‘Chequers Plan’ fails to resolve fundamental issues, Theresa May has engaged in deflection.”