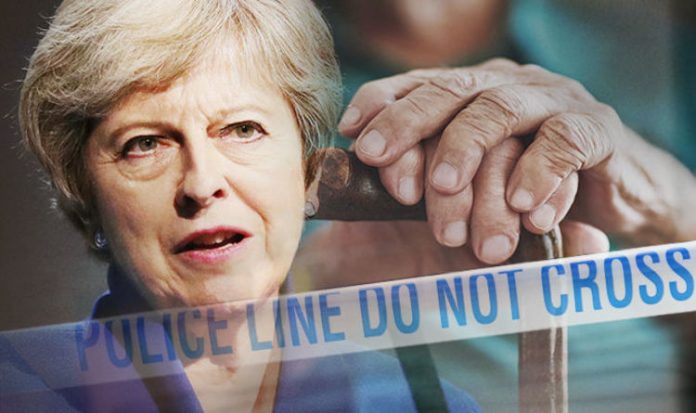 In response to the Daily Express Respect for the Elderly crusade, the Prime Minister pledged to legislate to ensure longer sentences to criminals who target older people if a current review into the system recommends an overhaul.

Her promise to consider new measures comes after this newspaper’s campaign has exposed the shocking extent of crimes committed against the vulnerable elderly including violent attacks and abuse in care homes.

“It is possible for judges to take that into account when they’re determining sentencing but they want to make sure the powers are sufficient.

“We’ve asked the Law Commission to look into this issue of hate crime. If they make specific proposals around this aspect of crimes against the elderly, then we’ll act on those.”

Shocking statistics uncovered by the Daily Express last month showed the number of over-65s subjected to assaults has soared by nearly 260 per cent in the past 10 years.