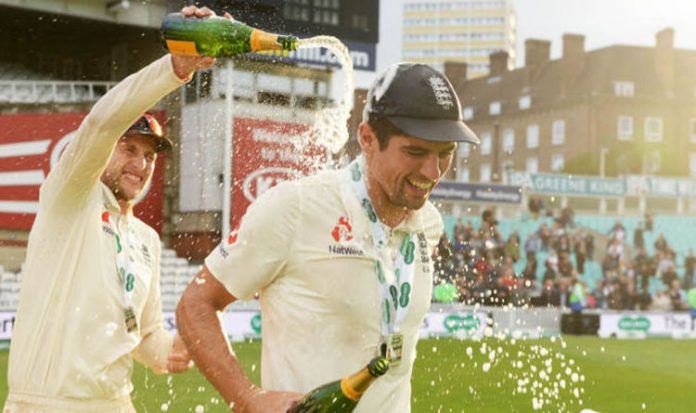 BATTING legend Alastair Cook epitomised the British values of calmly getting on with the job and delivering success, cricket-loving Theresa May said.

The Prime Minister revealed to the Daily Express that she wrote to the England player ahead of his final test match, where he scored 147 runs at the Oval.

She also said the country should do more to celebrate national success in every field.

“I wrote to him before the final test to thank him for what he’d done for British cricket,” Mrs May said when asked about Cooke’s final match of his glittering career.

“He’s been such a key and resolute figure. I thought it was great that he got that last century – almost a century and a half.

“He showed a very British temperament in what he was doing which was to get on with it, to put his head down and deliver.

“We should celebrate success like that and say — good on you!”