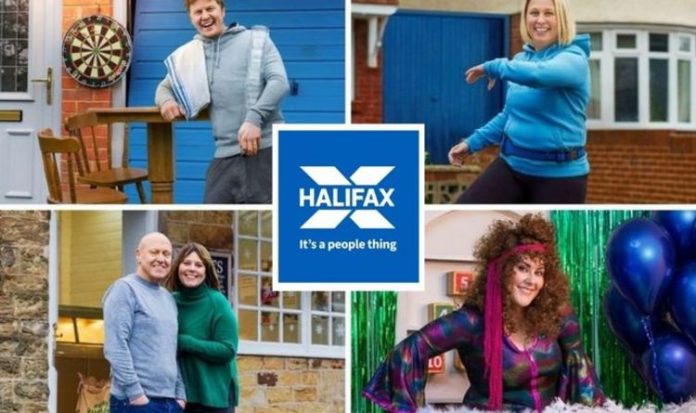 Good neighbours have never been more needed, or more appreciated, than they have been in 2020.

Even the smallest acts of neighbourly kindness have made a real difference to so many people’s lives this year, which is why the Halifax is helping to say the biggest of thank yous.

Local lockdown heroes have gone above and beyond to keep our communities going in uncertain times and now we’re shining a well-deserved spotlight on them by celebrating Britain’s Best Neighbours.

We partnered with the Halifax to find Britain’s Best Neighbours, in villages, towns and cities across the country, inviting people to nominate those who have stepped up to support others. Every winner receives £1,000 in Love to Shop vouchers and their nominator gets £250 worth.

And what we’ve found are some truly inspirational stories.

Being a good neighbour doesn’t have to mean organising something for an entire street or community – it could just be one neighbour helping out another; just a knock on the door for a chat to prevent an older person feeling lonely, or extra shopping trips for people who’ve had to isolate and struggled to get what they need.

And the fun stuff counts just as much – the socially distanced street dance-offs, or online quizzes getting everyone together. Things like that can bring a smile and make someone’s day – especially when life is difficult.

Research conducted by the Halifax showed seven out of ten of us believe that good neighbours have a positive impact on our mental health, and a quarter say they’ve improved their relationship with neighbours since the pandemic began.

Britain’s Best Neighbours celebrates our local heroes when they’re more needed than ever.

Here are just a few of our favourites, revealing what they did to share some kindness in their communities and why it has mattered so much…

‘Sarah has chased our blues away’

Sarah Kemp started a bingo session on her Facebook page to keep friends and family happy during lockdown – and before she knew it, her bingo games became a regular Wednesday evening of entertainment that everyone looked forward to.

“There were lovely interactions between people and friendships were formed,” says Sarah, 37, from Aintree. “What’s been so nice was people sharing and supporting each other.”

A full-time social worker who’s worked as a comedy vocalist in clubs and other venues since she was 16, Sarah developed the bingo night into a three-hour show, adding songs and comedy to the search for a full house!

“I created characters, made costumes and built sets. I put a lot of effort into it, I think because I was struggling a bit and felt a massive responsibility to help other people through lockdown,” she says.

“If you show kindness, you get it back – and I did, tenfold.

“It helped the weeks fly by and I got heartfelt messages of thanks from people locally, and as far away as Canada, who said how much they looked forward to it. That sense of community is really important to me and I was proud I was able to do it.”

Jenny O’Connor, who nominated her, adds: “Sarah made a hard time more bearable for us. She did it without payment or expectation, and regardless of whether she had one viewer or 100, she went ahead. People began to look forward to it as a night where they could engage with others and have a really good laugh.

“So many people in this community were shut away from each other but, thanks to Sarah, loneliness and sadness were chased away. The community can’t thank her enough for her selflessness. She is truly one of a kind!”

Free chips for the neighbours

Matilda Hume jokes that living next door to Robert Hatt is like living every Northerner’s dream!

And, when it’s time for the kind Sheffield couple to hang up the “closed” sign at the shop, they never hesitate to share any extra portions with friends living nearby. “Robert always pops round with free leftover chips for us and fishcakes for our dogs,” says Matilda.

“We’re doing a lot of work renovating our house, and there’s been quite a few times when we’ve accidentally knocked through to theirs and had to go round and fix it!” she laughs. “But they’re always so nice about it. They get along with everyone.”

The 18-year-old nominated Robert because he’s not only generous to them, he’s a big-hearted part of their community in other ways too.

Robert has worked at Tony’s in Mosborough for 40 years and owned it since 2002. He regularly supports local charities, churches and football team raffles with donations, and he also helped out his neighbours during lockdown.

“When restrictions first came in, I shut down the shop for 10 weeks and I’d got some 20lb bags of potatoes so I gave those to a couple of neighbours because I knew people were finding it harder to get to the shops,” he says.

“Now we’ve reopened, I always pass anything left at closing time to our near neighbours because I know people do appreciate it.”

Robert, 61, was surprised and delighted to be named as one of Britain’s Best Neighbours. “Whatever we do isn’t for any reward, so this was really nice and totally out of the blue.

Positive mindset when we need it most

As an Army Physical Training Corps instructor, Dean Hammond is used to putting squaddies through their paces, but throughout lockdown the Aldershot father-of-two extended his support to civilians too.

Dean, 33, who’s currently based with the 1st Battalion Welsh Guards Infantry Regiment, posted well-being tips on his Instagram page. The response was overwhelming, with followers rising from 200 to 2,500.

“I’m not a mental health professional, but I thought I could give steps to help physical wellbeing and mindset,” says Dean.

“It’s a difficult time. I lost two friends who took their own lives, so I wanted to help anyone who needed that support.”

Dale Askew, who nominated him, says: “Dean’s used social media in a really positive way. I couldn’t think of anyone more deserving of the award.”

Zumba for the NHS

Before 2020, Lisa Windebank hardly knew her neighbours in Regents Park, Southampton, despite living there for four years.

Now they say one of the winners of Britain’s Best Neighbours is an inspiration who raised everyone’s spirits in lockdown.

Fitness instructor Lisa led weekly outdoor exercise sessions and got neighbours to join in, putting out a bucket to collect for the NHS – since April, she’s raised over £600!

The idea first came about when mum-of-three Lisa, 40, was doorstep clapping for the NHS, and one neighbour suggested street Zumba. “I really missed my classes so I thought, why not?” she says.

Her daughters, Erin, 11, and eight-year-old twins Beth and Orlaith, helped deliver flyers and more than 20 neighbours came out in the road or on their paths to take part in Zumba and HIIT classes.

“It was such a good mix of ages and something lovely for us all to look forward to,” says Lisa. “The girls made cakes to share around afterwards so they loved it too.”

Lynda Simpson, who nominated Lisa, says her efforts have really lifted the road. “And they’re such a lovely family, we’re so pleased they’ve won.”

Lisa still can’t believe it: “It’s just made my year!”

Pints in the front driveway

Missing Friday night pints at his local in lockdown, Matthew Gray decided to have a couple of cans with a neighbour at the front of his home in Heath and Reach.

And as more people joined in, he turned it into “The Driveway Arms”, somewhere people were welcome to stop by for a socially distanced drink and chat.

“It meant everybody could keep in touch. It kept people’s spirits up and gave them something to look forward to. It’s really brought us closer as a community,” smiles Matthew, 35.

The father-of-three says: “It began with me and a couple of friends, but more people started to come across. We had a bit of wood that we turned into a pub sign and hung below our outside light, and every Friday we had a theme. We had a BBQ, fish and chips and, when there was a big football game on, we put the telly in the front garden. “We even put a dartboard on the wall.”

Tony Markland, who nominated Matthew, says: “Without The Driveway Arms we’d have felt a lot more isolated. It gave a sense of normality.”