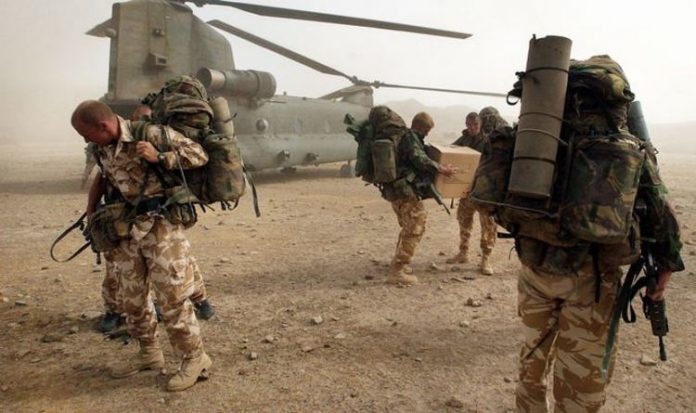 The move comes after President Trump told senior US army chiefs he wants his personnel out of the Middle East before he leaves office in January. Britain has more than 1,000 troops in Afghanistan, drawn from the 2nd Battalion The Rifles and the Yorkshire Regiment, who are based in and around Kabul on a non-offensive deployment. The UK also has a 40-strong force of SAS and SBS soldiers at Bagram air base, working alongside a US-led Coalition Joint Special Operations Task Force.

But last night senior sources revealed that commanders had warned Defence Secretary Ben Wallace that remaining in Afghanistan without US support would be “untenable”.

Officially the US has just over 5,000 personnel in the country, along with an undisclosed number of special operations units. Their withdrawal was already on the cards following a peace deal brokered with the Taliban, despite pleas by Kabul to reconsider.

But new US defence secretary Chris Miller has already directed chairman of the Joint Chiefs of Staff General Mark Milley to expedite the move, after instructions by President Trump that he wants to end his term of office with the legacy of ending major US operations.

And it is not clear whether president-elect Joe Biden, who recently wrote that it was time to “end the forever wars which have cost the United States untold blood and treasure”, will alter the policy.

Last night a senior source said: “The feeling is that we cannot safely remain in Afghanistan without US support.

“Therefore we are looking at a number of contingencies, including the deployment of a small force to protect the departing units.

“If we do go it will be a major operation. We will need RAF transport and we will need to focus on security at Kabul airport to protect our planes and troops.”