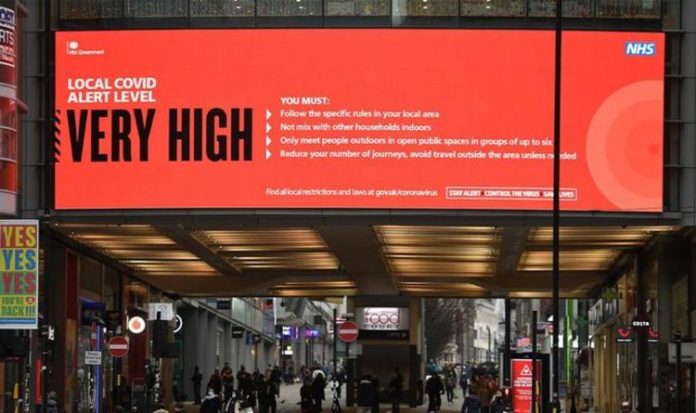 He did, however, confirm Bristol and North Somerset would be moving down from Tier 3 to Tier 2 on Saturday.

Herefordshire will join the Isle of Wight, Isles of Scilly and Cornwall as it’s moved down from Tier 2 to Tier 1.

Mr Hancock confirmed Tier 3 will apply to a number of areas from midnight on Saturday, December 19.

It comes after the Health Secretary said cases in the south east had increased by 46 percent, while hospital admissions had increased more than one third.

Parts of Essex and Hertfordshire were moved into the top Tier on Wednesday following “a sharp rise in cases”.