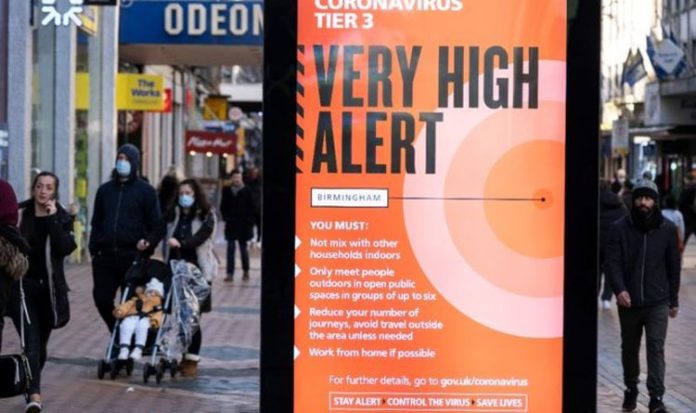 Prime Minister Boris Johnson will be setting out his roadmap for getting out of lockdown on February 22, as confirmed by a Government minister. But the minister also stressed no decisions had yet been taken on the matter. The Prime Minister also said he was “optimistic” people will be able to enjoy a summer holiday this year on February 3, but then quickly back-tracked on February 11, saying it was “too early for people to be certain about what we will be able to do this summer”.

Will the UK return to Tier 3 lockdown after the February review?

As it stands, nothing has been confirmed about what will happen once the lockdown ends.

And as always with this Government, the messaging has been very mixed and varies from minister to minister.

Some believe the UK will return to a tiered approach, while others think the Government will ditch the plan in exchange for a more unilateral approach.

Number 10 sources dismissed reports that the Prime Minister had made any firm decisions on the matter, so at this point, anything could happen.

Claims have been circulating that Mr Johnson was looking at whether to go back to the regional, tiered approach.

One Government insider said: “We do think the tier system was effective for the situation we faced last year, but we may face different circumstances this spring.

“Tiers are still an option but we are also looking at whether it would be better to exit from lockdown on a national basis.

“It will depend to an extent on the geographical spread of the pandemic in a few weeks’ time when we will be able to see if there is still value in trying to do things on a regional basis.”

Health Secretary Matt Hancock said on Monday the UK would be heading back to a tiered approach when the country starts unlocking.

Mr Hancock said: “We are looking at this question right now and looking at the impact those tiers will have.”

Mr Johnson said he hoped schools would be able to go back from March 8 onwards, but again, couldn’t make any guarantees on the matter.

He said: “Our aim will be to set out a gradual and phased approach to easing the restrictions in a sustainable way.”

READ  As many as 1.5m older workers feel discriminated against because of age, research finds | UK | News (Reports)

Communities Secretary Robert Jenrick said on Wednesday the Government would “make use of the tiered system” when planning their exit strategy.

After schools, ministers are likely to look at reopening shops, followed by the hospitality sector, as long as cases remain low.

The Prime Minister also wants to be able to allow some limited social mixing by Easter, but this is likely to be outdoors if it does begin at all.