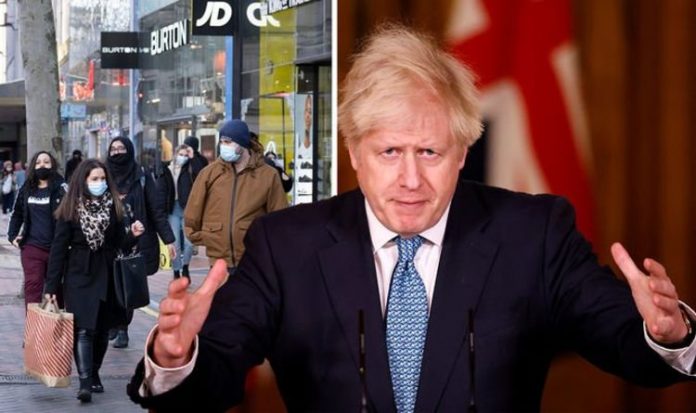 Over the weekend Boris Johnson introduced a new tier to England’s lockdown system. Tier 4 measures are equivalent to the national lockdown introduced in November, and have so far only been applied to parts of London and the South East. But as a new strain of Covid-19 is rapidly spreading in some areas, reports suggest other areas of England could be facing Tier 4 restrictions very soon.

When will more Tier 4 restrictions be announced?

Health Secretary Matt Hancock is due to speak at a Downing Street press briefing later today (Wednesday, December 23), and it is believed the briefing will be at 3pm.

The Daily Mirror reported this week that a Gold Command meeting was held to discuss the possibility of placing Birmingham, which is already in Tier 3, into Tier 4 before Christmas.

The possibility of another full national lockdown after Christmas Day was also said to be discussed.

One source in the meeting told the publication: “The situation is developing quickly so we need to respond at the same pace.

Tier 4 announcement: When will more areas be plunged into Tier 4? (Image: GETTY)

“It’s more likely that other parts of England could be put into Tier 4 from Boxing Day”.

BirminghamLive reported this week that more than 10 percent of cases in the West Midlands have been believed to be the new strain of the virus.

The tier review is due on December 30, but according to reports the announcement of a post-Christmas lockdown could come as soon as today (December 23).

However today Communities Secretary Robert Jenrick insisted there will be no changes to the current Christmas plans.

He told BBC Radio 4’s Today programme: “We know it’s very heavily concentrated in London and the East of England and the South East, but it’s not exclusively so, it’s also present more widely – that’s a source of concern.

But “tomorrow is Christmas Eve, we don’t have any intention of changing the guidelines with respect to Christmas”.

He added: “We are not going to change people’s plans 24, 48 hours ahead of Christmas.

“However, the Prime Minister and others have been very clear that, even outside of Tier 4, there is a strong degree of personal judgment to be exercised here.

“It’s still up to people to come to a conclusion as to how many members of their family or other households they want to bring together on Christmas Day.

However, when asked if wider measures would be brought in the day after Christmas on December 26, he said: “We don’t have an immediate plan to take action but the number of cases is rising and the variant is spreading to other parts of the country.

“So, we will see whether it’s necessary to do more, and make sure that the tiered system is sufficiently robust for the new circumstances.”

Which areas could go up a tier?

Other parts of East Sussex that are still in Tier 2 (Brighton & Hove, Eastbourne and Lewes) could also be placed up a tier as rates are also rising.

All of the West Midlands is currently in Tier 3 apart from Shropshire and Worcestershire, and the regional rate has gone up from 181.4 to 222.7 per 100,000 people.

Most of Essex is in Tier 4, the exceptions being Colchester, Tendring and Uttlesford. Cases are rising in all these areas, especially Uttlesford (up from 165.4 to 341.8), and it is likely all three will be moved up from Tier 2.

In parts of the East Midlands, parts of Northamptonshire such as Northampton (where rates stand at 283.6) and Wellingborough (271.0) could be facing a move into Tier 3.

On December 22, 691 deaths within 28 days of a positive test were recorded.