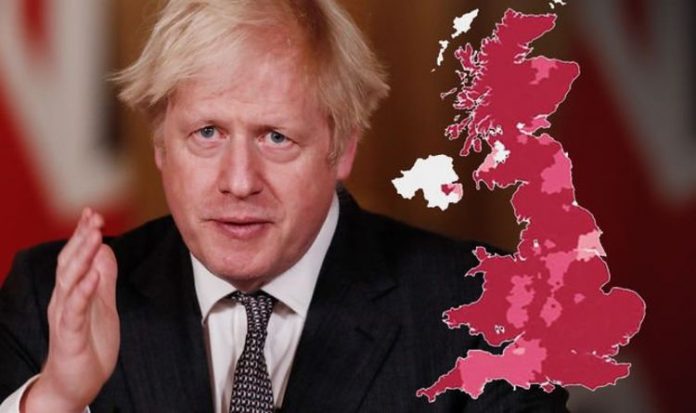 Tier 5 lockdown restrictions would be tougher than the current Tier 4 rules which are currently impacting more than 40 million people (78 percent) in England. Many experts claim Tier 4 restrictions are proving ineffective in successfully curbing the spread of the deadly coronavirus, particularly as the new Covid-19 variant has proven to be more transmissible than the original strain. Express.co.uk has compiled a guide to show the 25 areas at risk of moving up to Tier 5.

Prime Minister Boris Johnson has warned of tighter restrictions coming in the coming weeks as new coronavirus cases in the UK hit 50,000 for the sixth day in a row.

Schools are due to reopen today, January 4, prompting fears about cases rising in the wake of this return to schools before the vaccine has been distributed to the education sector.

The PM added: “There are obviously a range of tougher measures that we would have to consider.

“Well, obviously, we’re going to continue to assess the impact of the Tier 4 measures, the Tier 3 measures.

“I’m not going to speculate now about what they would be, but I’m sure that all our viewers and our listeners will understand what the sort of things… clearly school closures, which we had to do in March is one of those things.”

READ MORE: Boris Johnson update: When is his next Covid lockdown announcement?

These Tier 4 areas show an increase in current prevalence rates of the virus over the past seven days to January 3 and therefore are potentially at risk of being moved into Tier 5 if the Whitehall source’s claims prove correct:

In late December, a senior Whitehall source warned England could see tighter restrictions in the coming days as cases continue to soar.

The source added new measures, “adding another level onto Tier 4, so like a Tier 5.”

READ  Royal Family news: Meghan and Harry could SNUB Queen and not show up for Megxit review | Royal | News (Reports)

They said: “We are ruling nothing out, the new strain is of serious concern. Tier 4 appears to not be strong enough.”

However as the Government has yet to speak directly about Tier 5 restrictions, there is a certain level of uncertainty about what these measures would look like, but it can be assumed they would be more restrictive than current Tier 4 restrictions. 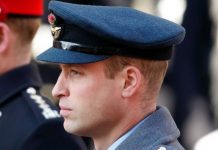