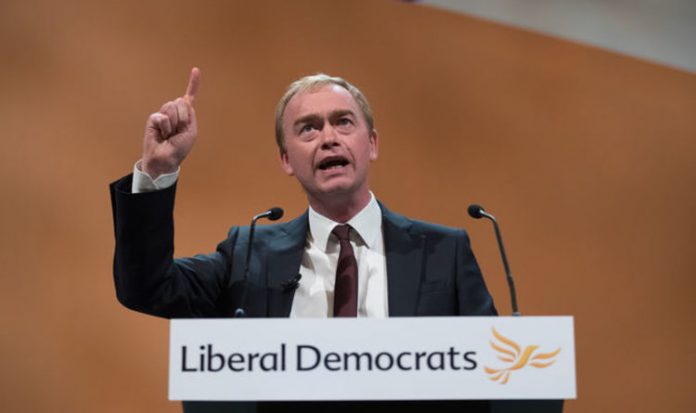 The former Leader of the Liberal Democrats told EU’s Martin Selmayr: “Graceless. I’m pro EU, but sometimes you wazzocks make it hard to be so.”

When questioned further about his sense of despair and asked “why? It is literally just a game”, Mr Farron responded: “Logically perhaps. Doesn’t feel like it just now.”

Although, Mr Selmayr’s tweet has been viewed by Mr Farron and some England fans as a swipe at Gareth Southgate’s team, Mr Selmayr posted an almost identical tweet on Saturday after Croatia and England both reached the semi-finals.

The previous tweet brings into question whether he was celebrating the fact that the remaining teams within the World Cup are all members of the European Union, rather than belittling England for its performance last night.

However, Mr Selmayr’s criticism of Brexit, a vote which he labelled “stupid” means his tweet was always going to draw spark fury from England fans.

And Deborah Ann Grant wrote: “Selmayr is being deliberately provocative. It looks like he wants a hard #Brexit himself!”

On Wednesday evening England’s World Cup hopes were shattered after initially dominating the first-half of their semi-final face-off with Croatia.

However, Ivan Perišić scored Croatia’s equaliser in the 68th-minute.

In the last half of extra time, Croatian forward Mario Mandžukić sent his side through to World Cup final for the first time, with a goal in the 108th-minute.