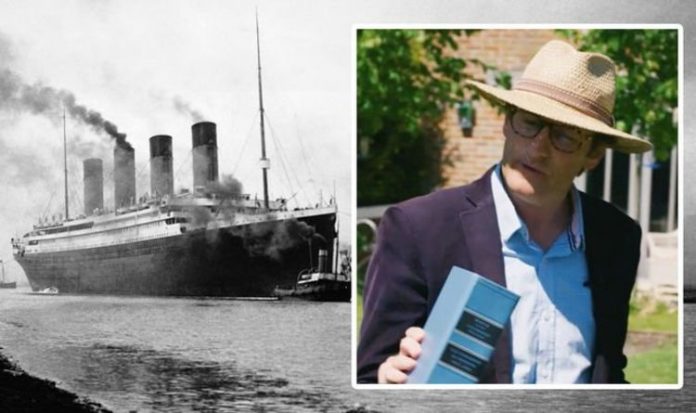 Captained by Edward Smith, the British passenger liner had roughly 2,400 passengers on board when it struck an iceberg shortly before midnight on April 14, 1912. The devastating event saw more than 1,500 people lose their lives on the “unsinkable” vessel in one of modern history’s deadliest commercial marine disasters.  An official inquiry into the incident was launched by both the British Board of Trade and the US Senate – neither found negligence from the owners, White Star Liner.

The American inquiry concluded that the disaster was an “act of God,” while the British added Mr Smith had followed long-standing practices which had not previously been shown to be unsafe.

Despite this, several myths have developed over what really happened in the years since.

And during History Hit’s documentary ‘Debunking the Myths of the Titanic’ historian Dan Snow asked expert Tim Maltin how to “sift out the myth from the reality?”

Mr Maltin said: “Titanic is one of the best-documented disasters in history and there is a good reason for that.

“As soon as the disaster struck, it shocked the world, because radio told the story – even before the survivors had got back to New York.

“Waiting at the docks in New York was Senator [William Alden] Smith, who immediately ordered a full and detailed inquiry into the disaster.

“When the witnesses were giving their evidence, there was a scenographer there who was recording everything.

“And this volume here is all the evidence from the American inquiry and the British inquiry.”

Mr Maltin went on to explain how he discovered the “truth” after years of probing the documents.

He added: “The first thing to do in order to get to the truth of what happened is to listen to the people who were there.

“It is online, too. So you can check out what anyone says with this document.

“What you also need to do is read what people who were there actually said.

“These are the three key books – this is Lawrence Beesley, a maths teacher who was also interested in science so it tells us a lot about the conditions that night.”

He added: “This one here is from a first-class passenger – Colonel Archibald Gracie IV – it tells us a lot about what it was like in first-class.

“He didn’t get away in a lifeboat, he was swimming in the water – so he tells us what it’s like to go down with Titanic.

“The third and final is [Charles] Lightoller – he was the most senior surviving officer of the Titanic.

“It is quite detailed and tells us what the officers were thinking that night.”

The expert then detailed his theory on what sank the Titanic.

He continued: “The sinking of the Titanic was caused by the weather.

“When we think of the weather causing ships to sink, we think of huge storms and the night the Titanic sunk it was the opposite.

“It was a perfectly calm night. And Titanic sank in a perfect storm of calm.

“The water was so cold that it was causing the air to refract light differently.

“The light bent downwards around the curvature of the Earth and because they could see so much, they could not see the iceberg right in front of them.”