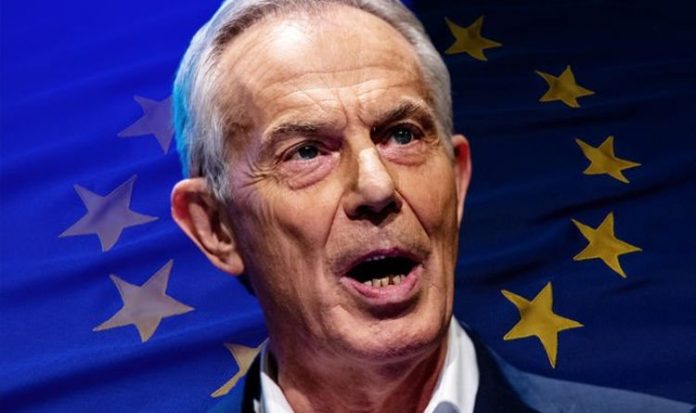 Tony Blair says there should be ‘mass testing’ at borders

Since he retired as Prime Minister in 2007, Tony Blair has led a relatively quiet life. Because of the inquiry over the Iraq War, security worries prevented him from attending the launch of his own memoirs. He also appears to have lost every battle he cared about or was involved in – from Jeremy Corbyn becoming Labour leader to Britain leaving the EU.

The coronavirus crisis seems to have given him a new lease of political life, though.

This week, he appeared on Good Morning Britain, urging the Government to speed up its vaccination scheme as he warned of a “cat and mouse game” with new variants of coronavirus.

As many wonder whether his next step will be fully returning to politics, the largely forgotten diaries of his former press aide Alastair Campbell reveal what Mr Blair would have liked to do with his career after Downing Street.

The diaries, published in 2016, detailed how Mr Blair discussed quitting as Prime Minister for a job in the EU three years before he finally stood down.

The former Prime Minister was reportedly agonising over whether he should quit as an MP at the 2005 general election.

READ  Prince Harry news: US tax means Harry may not be able to give Archie funds he could in UK | Royal | News (Reports)

“He said if he had to make the decision, right here, right now, it was probably towards standing down before the election and letting GB [Gordon Brown] fight it.

“He had never felt he would do three terms.

“His worry was Gordon Brown and whether he could actually do the job, also whether he really was a moderniser.”

Nearly three weeks later, on April 23, Mr Blair was speculating that Mr Brown “would grow into it”, according to the diary.

Mr Campbell continued: “He [Mr Blair] then said there was another complication.

“He wondered whether he shouldn’t go for the European President’ job, because he felt he could do it well and he would be doing it at a very important time.”

JUST IN: Brexit fury as EU judges’ orders will be enforceable in UK

Mr Blair told Mr Campbell that he could win the support of key figures like former Irish Premier Bertie Ahern and Gerhard Schroeder, the then German Chancellor.

Mr Campbell wrote that Mr Blair speculated that if the French blocked him “he could always make a bit of money for two or three years and then do what he really wanted to do, namely focus on religion, all the faith stuff”.

However, with a decision on whether to quit to be made by June 16, Mr Blair apparently got cold feet as he became concerned about his legacy as Prime Minister.

“He said he, Anji [Hunter] and I had all, on the same day, independently come to the view that maybe there was a case for staying the course.”

Mr Blair went on to lead Labour to a historic third election victory in 2005, before standing down in 2007 after a decade as Prime Minister.

In an exclusive interview with Express.co.uk, Lord David Owen exposed Mr Blair’s obsession with the EU, and taking the UK into the monetary union while serving as Prime Minister.

Lord Owen said: “There is no doubt that Tony Blair would have taken us in.”

During his years as Prime Minister, the former Labour leader made one of the strongest cases for the country to adopt the single currency and often claimed it would have been a “betrayal” of Britain’s national interest to stay out of the monetary union.

EU at ‘crunch point’ over future of the Eurozone says expert

In the early Noughties a false recovery signal was referred to as the Baghdad bounce after the rise in popularity that both George W Bush and Tony Blair enjoyed following the fall of Baghdad in the Iraq War.