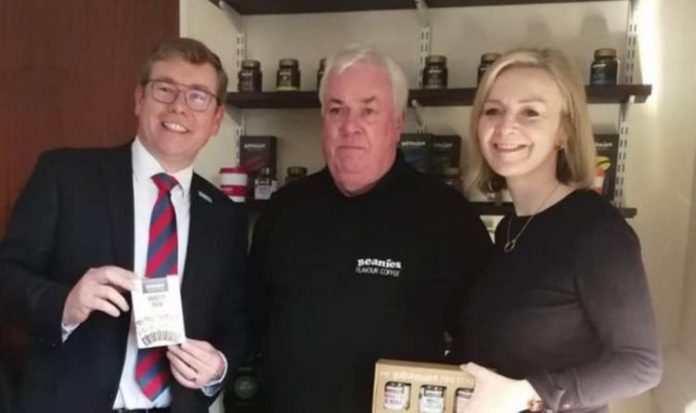 With Britain facing a no deal Brexit and local manufacturers and producers hit hard by the pandemic, the group wants the public and government to focus on British-made products ahead of foreign ones. The campaign – backed by the Sunday Express – will see ministers lobbied to look at procurement rules on issues such as medical products and steel, while the public will be asked to support local products. Tatton MP Esther McVey, the founder of the Blue Collar Conservatism Movement, said that “2021 needs to be the year of Buy British”.

She added: “It needs to be a year of recovery, rediscovery and resetting our path in the world.”With the economy hit and unemployment soaring, Ms McVey said firms need a boost.

“We need them firing on all cylinders and rehiring the staff many had to let go.

“We need future career opportunities for our next generation and creative minds delivering global solutions which, in turn, will help us move forward as a sovereign state.”

The Tory MPs highlighted a range of British firms, including Darlington-based Beanies, which makes flavoured coffee exported around the world. Earlier this year it was boosted by a visit from local MP Peter Gibson and International Trade Secretary Liz Truss, who met MD John Evans.

Other outfits include Ebac, based in Co Durham, the only British company making washing machines, Frugalpac in Ipswich making recycled wine bottles and paper cups, and steelwork contractor Caunton Engineering in Nottingham.