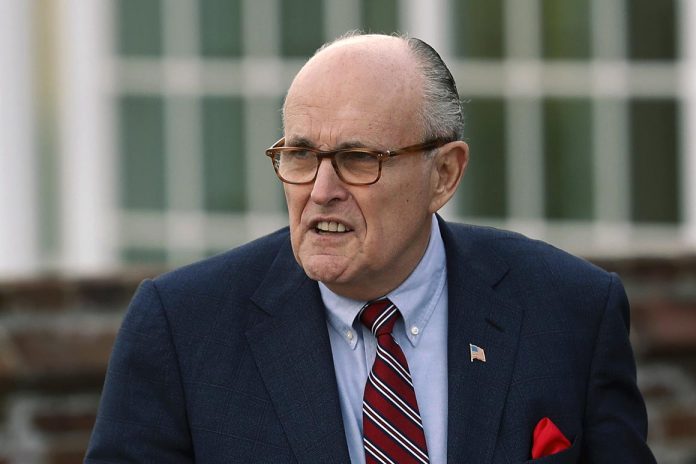 President Donald Trump’s reelection campaign wants his first debate with Joe Biden to be held earlier to account for the shift toward vote-by-mail amid the coronavirus pandemic.

Trump’s personal attorney Rudy Giuliani has pushed for an additional debate to be scheduled earlier in September, before voters start sending mail-in ballots. In a letter on Wednesday to the Commission on Presidential Debates, Giuliani requested that the currently scheduled final debate be moved to a date in early September if a fourth debate is denied.

Giuliani said the current debate schedule failed to account for the altered campaign timeline caused by the pandemic. Several states have moved toward mailing ballots to voters to avoid contagion at in-person polling places. But as delays plague the U.S. Postal Service, voters are being urged to request and send in their ballots as early as possible.

Giuliani said having the debates after the first voters send their ballots would amount to disenfranchisement, and he called the current schedule an “outdated dinosaur.”

“For a nation already deprived of a traditional campaign schedule because of the COVID-19 global pandemic, it makes no sense to also deprive so many Americans of the opportunity to see and hear the two competing visions for our country’s future before millions of votes have been cast,” Giuliani wrote.

The Commission on Presidential Debates did not immediately respond to a request for comment. Axios first reported on Giuliani‘s letter.

The Trump campaign had already been pushing for an earlier, fourth debate, citing similar reasons to those Giuliani presented Wednesday. The campaign announced on Tuesday that it was in an agreement to debate Biden three times, but did not say whether it would follow through with the debates if Biden did not accept an additional, earlier face-off.

The Biden campaign was immediately dismissive of the push for a new debate.

“We have said all along, including in a letter to the commission in June, that Joe Biden will appear on the dates that the commission selected and in the locations they chose,“ Andrew Bates, a campaign spokesman, said in a statement. “Donald Trump has not, continually trying to insert his choice of friendly moderators, now including one who just published an op-ed offering ‘the case‘ for Trump’s reelection.“

The commission currently has three debates and one vice presidential debate scheduled for this fall. The first debate is currently set for Sept. 29 in Cleveland, and the last is set for Oct. 22 in Nashville, Tenn.

The post Trump campaign requests earlier debate date to get ahead of mail-in ballots appeared first on Politico.