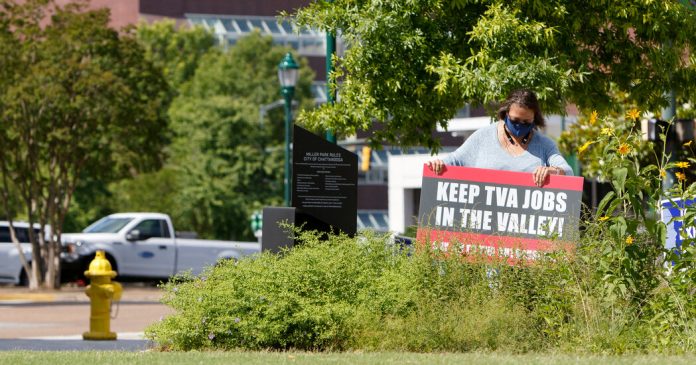 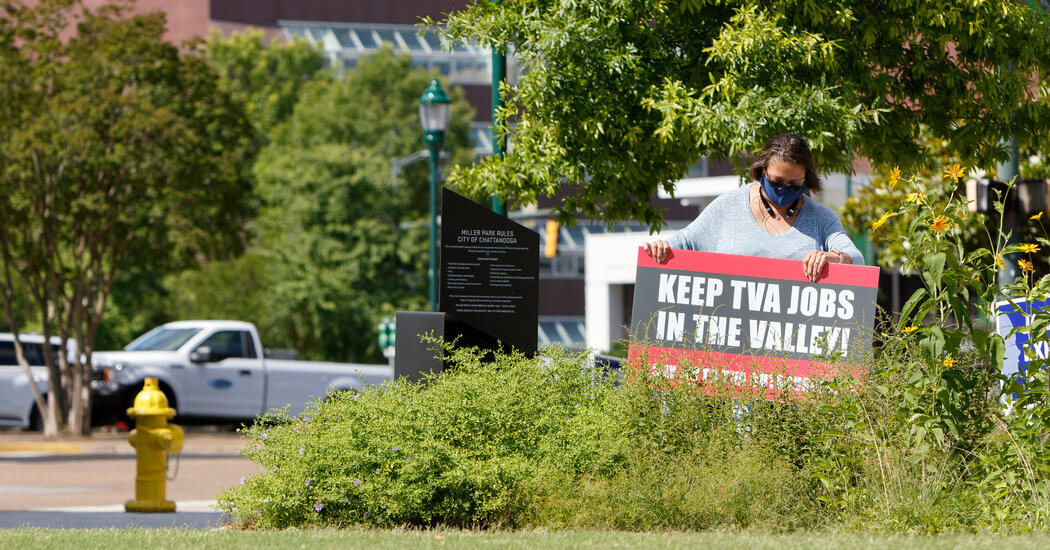 WASHINGTON — President Trump abruptly announced on Monday the firing of two members of the Tennessee Valley Authority’s board of directors and demanded that the electric utility’s chief executive reverse what he said was a decision to outsource workers to other countries.

The president’s announcement came during a White House meeting in which he signed an executive order seeking to ensure that the government hired Americans. Mr. Trump said that Jeff Lyash, the utility’s chief executive, was “ridiculously overpaid. He earns $8 million a year.” The president said he was also removing James Thompson, the board chairman, and Richard Howarth, another board member, to show his opposition to the outsourcing decision.

Mr. Trump then vowed a continued purge of the rest of the utility’s board if it continued with its plan.

“If the T.V.A. does not move swiftly to reverse their decision to rehire their workers, then more board members will be removed,” he said.

About 20 minutes later, after reading from a note handed to him by an aide, the president said that Mr. Lyash had called the White House and had “indicated a very strong willingness to reverse course.”

Attendees at the meeting, including about a dozen employees of the Tennessee Valley Authority, clapped enthusiastically as Mr. Trump added, “Now maybe he’ll take a major cut in salary.”

A federally owned corporation, the Tennessee Valley Authority provides electricity to about 10 million people in parts of seven states in the Southeast. It receives no federal funding, operating almost exclusively on the revenue it receives from the sale of energy to business and individual customers.

The utility announced in January that it would lay off about 120 information technology employees and shift to using contractors, some of whom are based in Paris and other locations abroad, according to The Chattanooga Times Free Press.

The Tennessee Valley Authority said in a statement on Monday afternoon that it did not have any employees who worked overseas, though it did not address whether it contracted work out to companies that did.

“All T.V.A. employees are U.S.-based citizens,” said Jim Hopson, a spokesman for the utility. “All jobs related to T.V.A.’s information technology department must be performed in the U.S. by individuals who may legally work in this country.”

He added: “We want to ensure that U.S. employees have good opportunities through our employment and supply chain practices. We look forward to working with the White House, continuing a dialogue and supporting future policies in this direction.”

Gay Henson, the president of the local union that represents T.V.A. workers, praised the president’s efforts.

“The workers here at T.V.A. whose jobs are slated to be offshored are thankful and relieved to see the White House issue this executive order,” she said.

Several hours after making his announcement, Mr. Trump nominated Charles W. Cook Jr., a technology executive, to be a member of the Tennessee Valley Authority board.