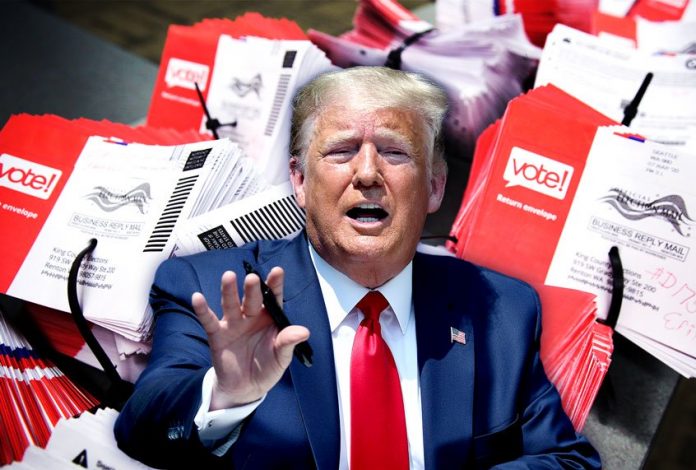 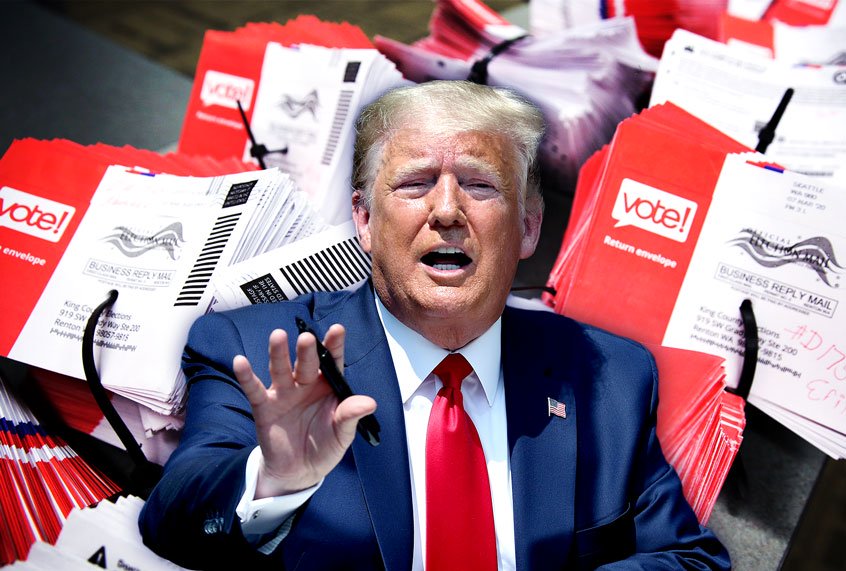 President Donald Trump’s re-election campaign sued Nevada on Tuesday over the state’s expansion of voting by mail after repeatedly pushing false claims about its plan.

A mail-in ballot will be sent to all active registered voters in the state after Gov. Steve Sisolak, D-Nev., signed legislation put forward by the state legislature on Monday amid the coronavirus pandemic. Seven states, among them California and Vermont, have now moved to automatically send mail-in ballots to voters amid the ongoing crisis, which has upended in-person voting during primary elections.

Trump falsely described the bill as an “illegal late night coup” and alleged that it “made it impossible for Republicans to win the state,” even though research shows mail voting does not favor any one political party.

The Trump campaign, the Republican National Committee (RNC) and the Nevada Republican Party filed a lawsuit on Tuesday citing “irregularities” in the state’s June primary, which also saw mail-in ballots sent to every active registered voter. But Republican Secretary of State told lawmakers just last week that “we’ve not had any cases of fraud that have been reported to us.”

“The RNC has a vital interest in protecting the ability of Republican voters to cast, and Republican candidates to receive, effective votes in Nevada elections and elsewhere,” the lawsuit, which was first reported by The Nevada Independent, says. “Major or hasty changes confuse voters, undermine confidence in the electoral process and create incentive to remain away from the polls.”

The suit asks a federal judge to block the legislation, because it “upends Nevada’s election laws and requires massive changes in election procedures and processes, makes voter fraud and other ineligible voting inevitable.”

Numerous analyses have found that the threat of voter fraud in mail-in ballots, as with in-person voting, is virtually non-existent and statistically insignificant.

States which have held in-person voting amid the pandemic have been forced to shutter hundreds of polling sites due to severe poll worker shortages. In Nevada, limited polling sites in Las Vegas and Reno resulted in lines of up to eight hours.

The lawsuit also argues that rules about who can collect and submit ballots could enable “ballot harvesting,” in which volunteers collect and turn in large numbers of ballots. The practice is already allowed in many other states.

“The electoral process cannot function properly if it lacks integrity and results in chaos,” the complaint says. “Put simply, the American people must be able to trust that the result is the product of a free and fair election.”

The president has separately claimed that he does not believe the U.S. Postal Service “is prepared for a thing like this,” even though five states already have all-mail elections. Most others have allowed anyone to vote by mail for years.

“This bill ensures that every person who wants to exercise their constitutional right to vote can do so,” state Sen. Pat Spearman told MSNBC on Tuesday. “Mr. Trump, we won’t be intimidated . . . Nevadans are not afraid of you.”

Trump doubled down on his false claims about the plan during a Wednesday appearance on Fox News, falsely claiming that the state planned to “send these ballots to anyone who ever walked the state.” (The ballots are only set to be sent to registered active voters.) The president added that it would take “years” to know the results, a claim which has been repeatedly debunked by election experts.

But as Trump cast doubts over the election in Nevada, he insisted that Florida’s voting by mail system — which allows anyone to vote by mail for any reason, as Trump himself and White House press secretary Kayleigh McEnany have done — is “safe and secure.” Florida has long had a high Republican mail turnout.

“Whether you call it Vote by Mail or Absentee Voting, in Florida the election system is Safe and Secure, Tried and True,” Trump tweeted Tuesday. “Florida’s Voting system has been cleaned up (we defeated Democrats attempts at change), so in Florida I encourage all to request a Ballot & Vote by Mail!”

Trump has repeatedly tried to draw a contrast between “absentee voting,” which he says is “good,” and mail voting, which he falsely claims is rife with fraud. But his own campaign’s lawyers admitted in court documents both “the terms ‘mail-in’ and ‘absentee’ are used interchangeably to discuss the use of the United States Postal Service to deliver ballots to and from electors”

“Donald J. Trump has no integrity and no scruples. That’s why he’s lying about our state leaders and threatening a bogus lawsuit simply because Democrats made it easier for people to vote,” Reid tweeted. “His desperate tweets are the clearest sign he knows he’s going to lose in November.”

The post Trump sues Nevada for expanding voting by mail as he declares the practice “safe” in GOP-led Florida appeared first on Salon.