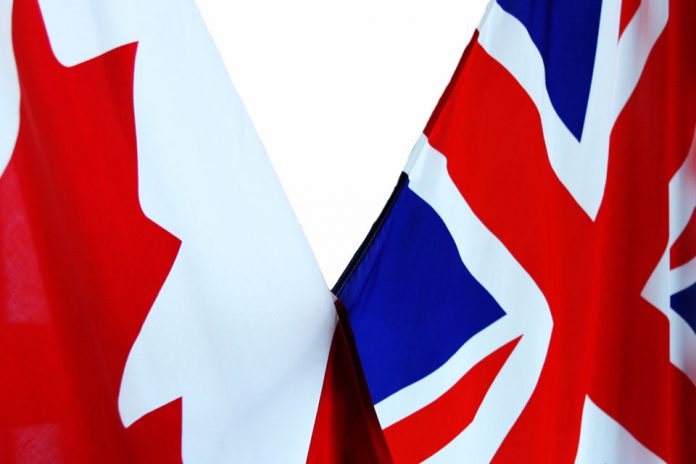 In order to mark the 40th Anniversary of the Terry Fox ‘Marathon of Hope’ diplomats and their families from the Canadian High Commission in London, and the UK High Commission and Consulates-General in Canada are teaming up to ‘run’ from the most southerly point in England to the most northern part in Scotland and back again – a total of 1940km

This year’s event, called #DiploTeamForTerry, will be taking place virtually with participants asked to contribute kilometres towards a collective goal in whatever way they can (running, walking, cycling etc).

How will it work?

Why are we doing this?

In addition to the joint diplomatic effort, Canadian Armed Forces at CFB Suffield, Alberta, and UK Military personnel co-located at the British Armed Training Unit Suffield (BATUS), are joining forces to contribute an additional 1600km around Suffield – the equivalent distance from their base to Thunder Bay, Ontario where Terry Fox’s Marathon of Hope ended 40 years ago. This unique event in which military personnel from both countries will combine their efforts for charity is taking place on 18th September.

Diplomats, CAF, the British Army, family and friends aim to cover a combined total distance of over 3,450km.

Fred Fox, brother of Terry Fox and Manager of Supporter Relations at the Terry Fox Foundation:

It is wonderful to welcome the Terry Fox Run in UK as a country-wide Run for the first time, albeit virtual. We are delighted that it has inspired the “Diplo-Team for Terry” virtual Terry Fox Run between the Canadian High Commission in London and the UK in Canada network. Our family and the Terry Fox Foundation are so grateful to everyone who is carrying on Terry’s legacy 40 years on.

I am delighted to have been able to take part in the UK Canada Diplo Run for Terry. This is a brilliant team effort reflecting the closeness of the relationship and the power of Terry Fox’s remarkable legacy in inspiring action. It is great to see the Terry Fox Run UK back in action after 13 years

At BATUS we depend on the support of our Canadian allies to prepare British soldiers for operational deployment. Supporting them to keep the incredible Terry Fox legacy alive is a very small gesture of our gratitude and appreciation.

About the Terry Fox Run:

Each year millions of people around the world participate in the World Terry Fox Run which has raised over CDN$800 million for cancer research, in pursuit of Terry’s dream to find a cure for cancer.

Terry was only 18 years old when he was diagnosed with osteogenic sarcoma (bone cancer) and forced to have his right leg amputated 15 centimetres (six inches) above the knee in 1977.

While in hospital, Terry was so overcome by the suffering of other cancer patients, many of them young children, that he decided to run across Canada to raise money for cancer research.

He would call his journey the Marathon of Hope.

Terry started his run in St. John’s, Newfoundland on April 12, 1980 with little fanfare.

Although it was difficult to garner attention in the beginning, enthusiasm soon grew, and the money collected along his route began to mount. He ran close to 42 kilometres (26 miles) a day through Canada’s Atlantic provinces, Quebec and Ontario.

However, on September 1st, after 143 days and 5,373 kilometres (3,339 miles), Terry was forced to stop running outside of Thunder Bay, Ontario because cancer had appeared in his lungs. An entire nation was stunned and saddened. Terry passed away on June 28, 1981 at the age 22.

Today Terry’s legacy lives on through the annual ‘Terry Fox Run.’ Communities around the world come together to take part in events and runs to raise money for Cancer research.

The British High Commission in Ottawa, is the UK government’s main diplomatic mission in Canada. Along with Consulates-General in Montreal, Toronto, Calgary and Vancouver, we work closely with the Canadian government and partners across the country to develop and maintain a wide range of substantive partnerships of real value to both countries. These partnerships cover business, defence, climate change, science and innovation, education, and culture.