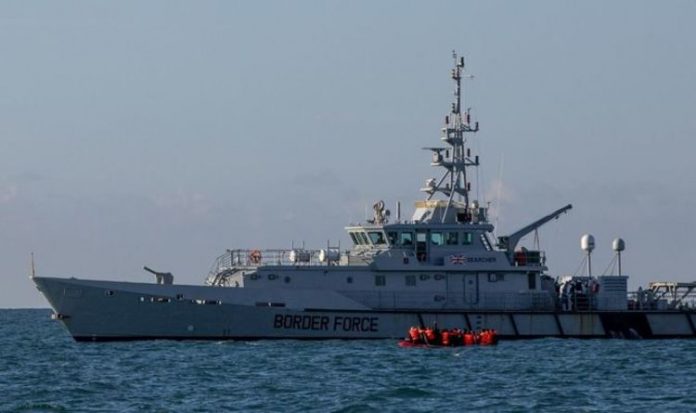 An “enhanced agreement” reached today between the UK and France will strengthen operations to stop people smuggling. The doubling of the number of gendarmes patrolling a 150km stretch of coastline from Tuesday is the latest attempt to stop people making the dangerous crossing in small boats.

It is hoped the use of drones, radar equipment, optronic binoculars and fixed cameras will mean officers are in the right place at the right time.

The UK and France have also agreed on steps to provide appropriate accommodation for migrants in France so they do not fall into the hands of criminals gangs.

There will also be increased border security at ports in northern and western France in a bid to prevent smuggling and stop people attempting to enter the UK illegally in freight traffic.

The Home Secretary said: “Today’s agreement is a significant moment for our two countries, stepping up our joint action to tackle illegal migration.

“Thanks to more police patrols on French beaches and enhanced intelligence sharing between our security and law enforcement agencies, we are already seeing fewer migrants leaving French beaches.

“The actions we have agreed jointly today goes further, doubling the number of police officers on the ground in France, increasing surveillance and introducing new cutting edge technology, representing a further step forward in our shared mission to make channel crossings completely unviable.

“On top of these new operational plans, we will introduce a new asylum system that is firm and fair, and I will bring forward new legislation next year to deliver on that commitment.”

The Home Office reports that the proportion of crossings intercepted and stopped has gone up from 41 percent last year to 60 percent in recent weeks.

Since its launch in July, it is credited with helping secure around 140 arrests and stopping approximately 1,100 crossings.

The UK says that migrants in accommodation centres can be supported and advised how to claim asylum in a safe “third country”.

This year, Immigration Enforcement has convicted 57 individuals for people smuggling with sentences totalling more than 138 years.

Forty-six people have been convicted of offences linked to small boat crossings, with total sentences coming to more than 26 years.

For operation reasons, the number of officers who will patrol the French coastline has not been disclosed.