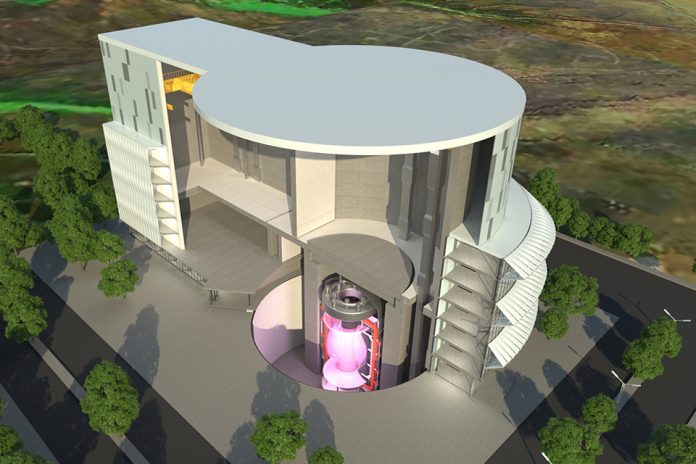 The Ten Point Plan for a Green Industrial Revolution includes fusion on the UK’s pathway for transforming the country’s energy provision by 2050, alongside renewables, nuclear fission, hydrogen, carbon capture and electric transport and other clean technologies.

In particular, the Government reaffirms its commitment to UKAEA’s STEP (Spherical Tokamak for Energy Production) programme, which aims to build a prototype fusion power plant in the UK by the early 2040s.

The Government plan states: “We are doubling down on our ambition to be the first country in the world to commercialise fusion energy technology, enabling low carbon and continuous power generation.

“We are already providing £222 million for the visionary STEP programme, which aims to build the world’s first commercially viable fusion power plant in the UK by 2040, and £184 million for new fusion facilities, infrastructure and apprenticeships to lay the foundations of a global hub for fusion innovation in the UK.”

Design work for STEP is well underway and the search for a site to host the plant will soon be launched.

“The Government’s ten-point plan lays a path for how the UK can combat climate change. UKAEA is delighted to see fusion included in the plan and the Government’s continued support for realising its huge potential.

“The UK’s Spherical Tokamak for Energy Production power plant aims to be one of the first in the world producing electricity from fusion power. This will open the way for fusion to provide clean energy around the world.”