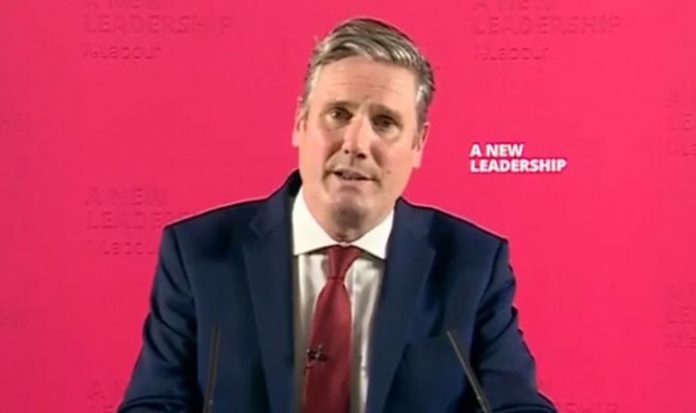 Sir Keir Starmer called for a two to three-week national lockdown, accusing Boris Johnson of “no longer following the scientific advice”. The Labour leader’s intervention came after it emerged Boris Johnson dismissed a recommendation for the measure from Government scientists three weeks ago. But Jeff from Henley-on-Thames said the Labour leader is “flip-flopping”.

“The one comment I would make is that we’re actually looked at comparisons with Europe but I think we should learn a lesson from Japan.

“They have 127 million people, 90,000 cases in total, 1800 deaths and the reason for that is a culture where they’re actually used to wearing masks.

“They’re not a huggy kind of nation.

“They are very respectful. They don’t shake hands, they tend to bow.

“The lesson from it is to wear a mask, distance, obey the rules and the discipline.”

He added: “The local lockdown approach is absolutely right because gradually we will get through that.

“What one shouldn’t do is subject the whole nation to this constraint which I think would be highly damaging for health and business in the long term.”

Prof Graham Medley, who is a member of Sage, warned the current R rate of Covid-19 might force the Government to impose a new emergency lockdown, instead of the proposed circuit-breaker which is only supposed to last for two weeks.

“The whole point of these is that you do them before you have to, and at the moment we have seen increasing cases,” he told a webinar.

He continued: “This is still a tool and a potential policy that could be used and implemented but I think we are in a position at the moment whereby things are becoming slightly more urgent than where you would use these precautionary breaks.”