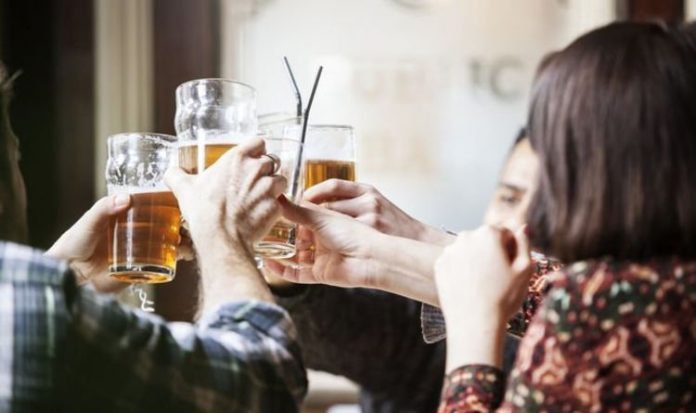 More than a third of the UK population is living under heightened restrictions, with tighter measures in place across Liverpool, Warrington, Hartlepool and Middlesbrough coming into force today. In those areas it is now against the law for households to mix in indoor settings.

Further measures including closing sectors of the hospitality industry are understood to be under consideration by the Government.

Environment Secretary George Eustice has confirmed talks over further restrictions are under way between health officials and local councils in Merseyside.

Speaking to BBC Breakfast, Mr Eustice said: “I know that there are some discussions, I understand, that are going on about the situation in Liverpool, but no decisions have been taken yet.

“It’s not really possible for me to say what they may or may not do since I think there’s currently dialogue between health officials and the local council there.”

When pressed on the next move, he said: “My understanding is a decision hasn’t been made, but I am aware that discussions have been taking place about what further restrictions might be needed, I think particularly around Merseyside and Liverpool.”

Meanwhile, Newcastle has quickly become the hotspot for infections with cases rise by 60 percent to 250 cases per 100,000.

Northumbria University in Newcastle upon Tyne has confirmed 770 students have tested positive for the virus, with 78 symptomatic.

The UK continues to battle a second wave of infections as data reveals the reproductive value, or R number, continues to rise above one.

The data released by the Scientific Advisory Group for Emergencies (Sage) shows the estimate for R for the whole of the UK – is between 1.3 and 1.6.

A rate of 1.6 means for every 10 people infected with the virus they will pass it onto 16 others.

READ MORE: Coronavirus map LIVE: Vaccine to be rolled out to UK in just month

He said: “I think everybody is fed up – I just urge people to be a little bit patient.

“We will get through it and we will save a load of lives, and that’s really the best I can say.

“I think there is a moral imperative to save life where you can.”

This afternoon NHS England has confirmed a further 42 patients have died in hospital taking the total number of fatalities to 30,138.

Across the UK the Department for Health has confirmed a further 12,872 positive tests for coronavirus – a record increase since the start of the pandemic.