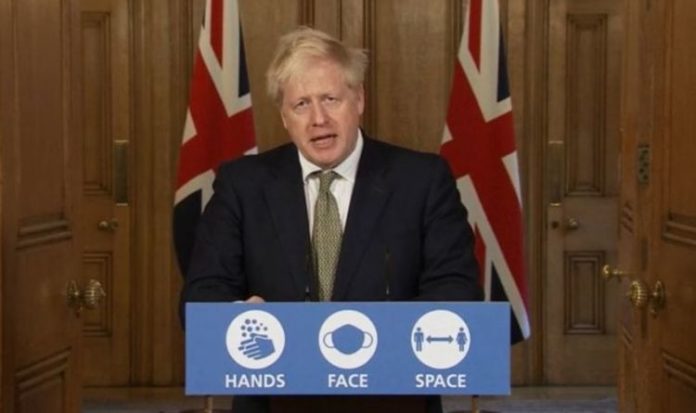 Boris Johnson’s current tier system only has three levels but a fourth tier could be introduced to effectively mirror the first national lockdown imposed on the UK in March. Tier 4 would see everything but schools and essential shops close and travel limited to getting to work and classes.

It doesn’t go quite as far as the restrictions introduced in March, when schools across Britain were told to close.

But the rest of the measures are the same, with pubs, restaurants, gyms and non-essential retailers forced to shut.

This morning Foreign Secretary Dominic Raab did not rule out a new Tier 4 lockdown level.

READ  Covid vaccine: Which vaccine did the Queen have? | Royal | News (Reports)

“But I think the most important thing about further measures is that we continue on the track we’re on of targeting the virus.”

Areas in the north west of England could be told to enter Tier 4, if the proposals are approved by No10.

Other areas at risk include Greater Manchester, Lancashire, South Yorkshire and Warrington.

When the system was first introduced earlier this month, Professor Chris Whitty, England’s Chief Medical Office, warned the Tier 3 restrictions were unlikely to be enough to bring down the R rate.

He told a Downing Street press briefing: “I am not confident – and nor is anybody confident – that the Tier 3 proposals for the highest rates, if we did the absolute base case and nothing more, would be enough to get on top of it.

“And that is why there’s a lot of flexibility in the Tier 3 level for local authorities… to actually go up that range, so that they can do significantly more than the absolute base.

“Because the base will not be sufficient, I think that’s very clearly the professional view.”

As a result, scientific advisers are urging Mr Johnson to follow in the footsteps of other countries such as France, Germany, Wales and Northern Ireland who have all introduced national lockdowns for a set period of time.

Miriam Deakin, director of policy at NHS Providers, has called for a “tougher, quicker” response to ease pressure on hospital bed occupancy.

Professor David Nabarro, of the World Health Organisation, said action must be taken now to avoid a third national lockdown early next year.