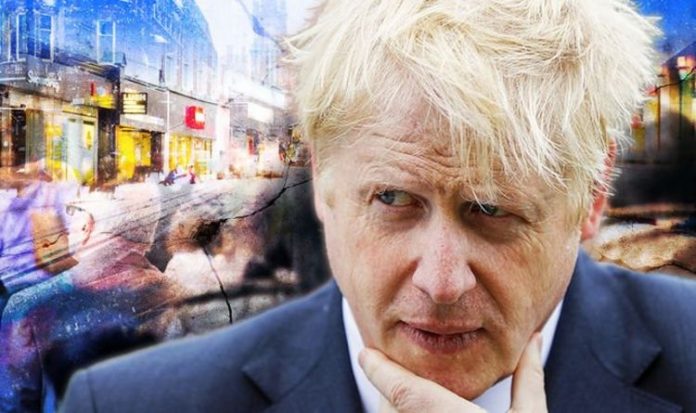 A new study suggests person-to-person transmission of COVID-19 is set to pick up pace in the colder months. The warning comes as Boris Johnson boosted a UK-wide virus tracking survey to take the number of tests carried out each fortnight from 28,000 to 150,000 by October.

Health Secretary Matt Hancock said ministers are “working as fast as we can” to achieve the “moonshot” of mass testing so restrictions can be eased.

A study published in Transboundary and Emerging Diseases journal on Tuesday points to a host of challenges ahead of summer drawing to a close and schools reopening.

All aspects pointed to the same grim conclusion: a long hard winter is on the cards.

Experts studied the link between low relative humidity and an increase in community transmission of COVID-19.

They carried out their research in the Greater Sydney area during the early days of the global pandemic.

They estimated that for every one percent drop in relative humidity, virus cases shot up by seven to eight percent.

During winter months the air becomes dryer even though it rains more.

“That increases the exposure for other people.

“When the air is humid and the aerosols are larger and heavier, they fall and hit surfaces quicker.”

The UK Government plans to bring in regular, population-wide testing for COVID-19 so it can suppress the spread of the virus and limit restrictions that have crippled Britain.

Mr Hancock said the government was trialling a range of new, faster tests that can give instant results and hoped to roll them out towards the end of the year.

Britain has the highest death toll in Europe and the deepest economic contraction of a major advanced economy.

During an interview with BBC Radio on Wednesday, Mr Hancock said the country’s research laboratories at Porton Down were trialling new saliva tests that do not need to go to a laboratory, so they can deliver faster results.

He explained: “The mass testing, population testing, where we make it the norm that people get tested regularly, allowing us therefore to allow some of the freedoms back, is a huge project in government right now.

“There are new technologies coming on track which we are buying and testing now.

“We’ll ramp it up certainly over the remainder of this year.”