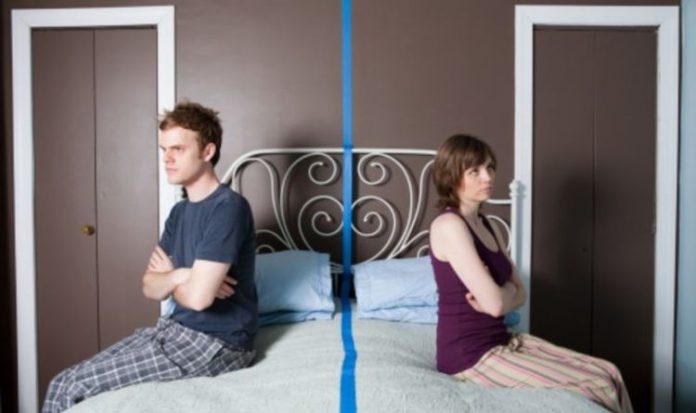 It’s the biggest percentage rise in couples calling it a day since 1972’s rush to split after the Divorce Reform Act of 1969. The Office for National Statistics survey covers the two years before the pandemic, which has put relationships under additional strain since the first UK lockdown in March. And David Leadercramer, a partner at Osbornes Law, which specialises in family cases, warned a further spike in marriage breakdowns could be on the cards.

He said: “Despite these figures representing a large increase, I predict this is the calm before the storm.

READ  A-level grades: Which grades can be used - What is your grade NOW? | UK | News (Reports)

“I would expect to see even higher figures next year.

“The pandemic has put immeasurable strain on relationships and has caused a massive influx of cases hitting the divorce courts.

“In 35 years as a family lawyer I have never seen a consistently busy year like this and that will be reflected in next year’s divorce numbers.”

Unreasonable behaviour was the most common reason given by couples divorcing last year, the ONS added.

Just under half of wives and a third of husbands in heterosexual splits petitioned on these grounds.

It was also the most prevalent cause of same-sex couples breaking up, cited by nearly two in three women and nearly three-quarters of men.

The average length of a marriage for straight couples fell slightly from 12.5 years in 2018 to 12.3 years.

The ONS figures also highlighted an increase in same-sex splits since gay marriage was legalised in 2014.

But they nearly doubled, from 428 in 2018 to 822, among same-sex pairings. Nearly three-quarters of these were female couples.

But the scale of the increases can partly be attributed to divorce centres processing a backlog of casework in 2018, explained the ONS.

It added: “This is likely to have contributed to both the particularly low number of divorces in 2018 (the lowest since 1971) and the increase seen in 2019.”