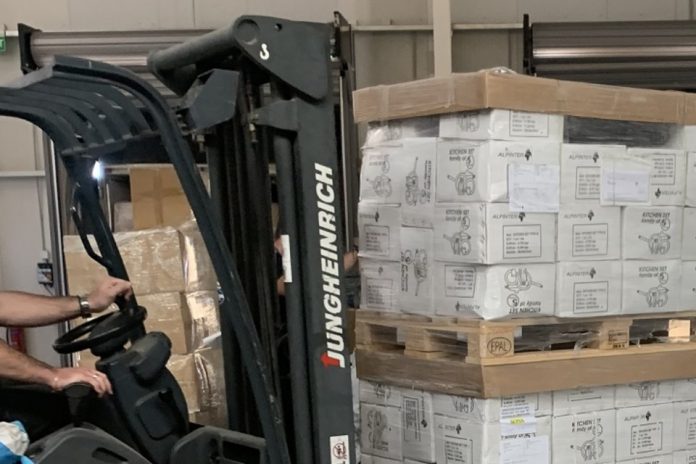 Many of the people staying in the camp had fled from conflict zones, such as the decade-long war in Syria, and will have lost the few possessions they owned.

Today’s UK aid package will mean nearly 2,000 vulnerable families can prepare, cook and serve food, as well as being kept safe with solar lanterns. The 2,000 lanterns can be used to charge torches and mobiles phones.

The UK Government is working closely with the Government of Greece to make sure people living in Moria camp have access to food and shelter.

We have all been moved by the devastating images of the fire in Lesbos, and my thoughts are with the thousands of people who have been left with nothing.

The UK is standing by Greece and working together to support those in dire need. Our aid will help the most vulnerable families to stay safe and make sure they are able to feed themselves.

Today’s support is in addition to over £500,000 of support provided earlier this year to the International Organization for Migration to provide supplies to vulnerable people on Lesbos and other islands, including tents, shelter kits, towels and x-ray machines to help treat minor injuries.

The items – totaling around £150,000 – were sent from the FCDO’s UK warehouse and a supplier in Belgium, and travelled by land through to Greece. The 1,854 kitchen sets arrived in Greece today, and the solar lanterns are expected in the coming days. They will be distributed by the Government of Greece.