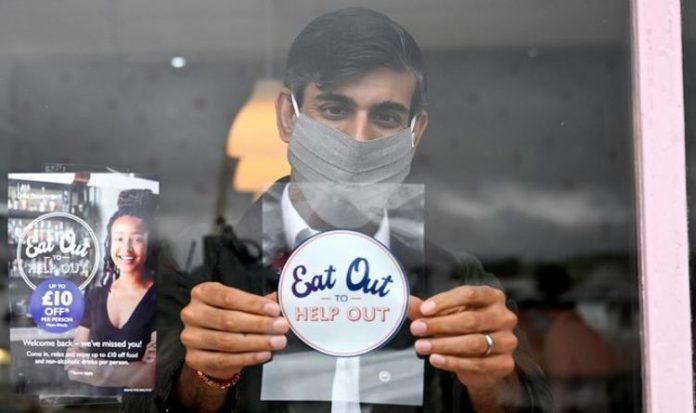 Chief economist Andy Haldane said the economy is expected to expand by more than a fifth in the second half of the year, with consumer spending clawing back as much as half of the losses triggered by the pandemic. This would be “by far the fastest rise” since quarterly records began. He estimates the economy has been steadily rising by an average of one percent per week.

“While that leaves activity well below pre-COVID levels, the UK has already recovered perhaps half of its losses,” he said, striking a note of cautious optimism.

He said the foundations for recovery are “hiding in plain sight”.

“Economic activity in the UK is not falling like a stone. In fact, it has now been rising for more than three months, sooner than anyone expected,” Mr Haldane added.

Although unemployment will continue to rise in the short-term, with continued Bank and Government support, “the worst of the recession will be over quickly”, he said.

Although death and infection rates are down from their peak, Britain has been slower to get back to work than the rest of Europe.

Last week, nearly 50 percent of people travelled into work, which Haldane said is “still too few”.

Writing in the Daily Mail, Mr Haldane added: “With face masks and distancing giving extra confidence on public transport and the imminent return of schools allowing parents to resume their jobs, we must get back to a semblance of normality.”

He said this would “generate a virtuous circle of spending, jobs and incomes”.

Responding to the figures, Chancellor Rishi Sunak said: “Our economy has been hit hard by the virus, but the statistics out today show promise of Britain bouncing back.

“The recovery won’t be easy but if we all play our part, either by going back to work in our offices or enjoying a meal out, we can overcome this together and come out stronger than before.”

Businesses in the services and manufacturing sectors grew at the fastest rate in more than five years in July, according to an IHS Markit/CIPS survey released in early August.

The Bank of England cut interest rates to just 0.1% in March and has said it saw no immediate case to cut rates below zero.

On Wednesday it was announced Britain has collapsed into its largest recession on record, after the coronavirus lockdown sparked a 20.4% contraction between April and June.

READ MORE: Half a million Covid deaths was ABSURD we are being DUPED, says RICHARD MADELEY

It is the biggest contraction of any major global economy.

The official figures confirm the UK was the hardest hit of all the major developed economies in the second quarter, even beating Spain’s 18.5 percent decline and double the contraction seen in the United States.