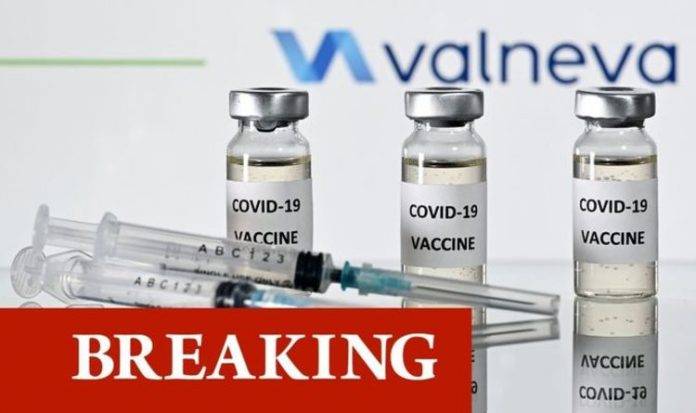 The UK’s Vaccine Taskforce has secured early access to a vaccine produced by Valneva with manufacturing beginning today. A deal has been reached for an initial 60 million doses with the option for a further 130 million, if the vaccine is proven to be safe, effective and suitable.

Large-scale manufacturing of the vaccine has started at the firm’s biotech site in Livingston, Scotland.

The candidate is currently in phase one and two trials and will need to be approved by the Medicines and Healthcare products Regulatory Agency (MHRA) before it is rolled out.

Health Secretary Matt Hancock described the vaccine as “another vital tool in our fight against this virus”.

He said: “We’ve already secured 60 million doses of the Valneva vaccine which, if approved, will be another vital tool in our fight against this virus.​

“The start of manufacturing in West Lothian today puts Scottish expertise right at the heart of the UK vaccine programme.

“Set to deliver millions more jabs across all four nations, this is yet another fantastic example of the strength of our Union, as we work together as one United Kingdom to tackle the virus.”

Valneva chief executive Thomas Lingelbach added: “Our team in Scotland have done an amazing job to get manufacturing started so quickly.

“We believe that our vaccine, assuming successful development, can make a major contribution in the UK and beyond.”

Clinical trials of the vaccine remain ongoing and involve participants from testing sites in Bristol, Southampton, Birmingham and Newcastle.

The results are expected to be announced as early as April.

The Oxford/AstraZeneca and Pfizer/BioNTech vaccines are currently being administered in the UK – with more than seven million people given their jab.