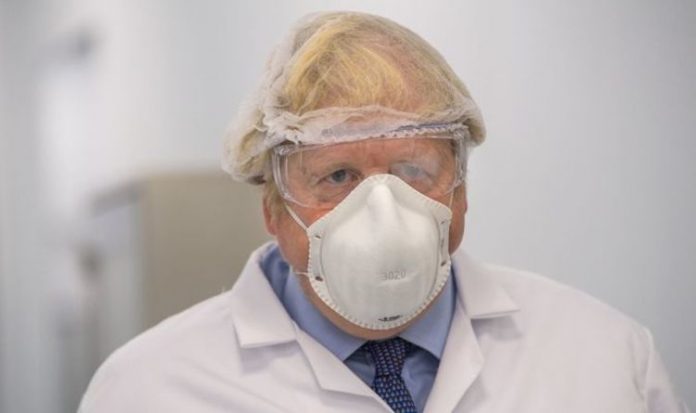 This now means the UK has 100 million doses of the Valneva drug – enough for every adult in the country. There is also an option in the deal for an additional 90 million doses between 2023 and 2025. The vaccine is already in production at a plant in Scotland and brings the UK’s total vaccine portfolio to 407 million doses over the next two years.

While the EU has struggled with its own vaccination programme, the UK has taken an aggressive approach to purchase a range of drugs.

This has allowed the UK to vaccinate a record number of people and provides further protection later on in the pandemic.

Vaccines Minister Nadhim Zahawi said: “This deal provides a further boost to the UK’s already-strong vaccine portfolio, and I am enormously proud of all the work which has gone in to securing a vaccine for the UK as soon as possible.

“If approved, Valneva’s vaccine will not only help tackle Covid-19 here in the UK, but aid our mission to ensure there is a fair supply of vaccines across the globe.

“No one is safe till the whole world is safe.”

The vaccine is currently in phase I/II trials but is expected to provide readouts in the next three months.

If approved by the Medicines & Healthcare products Regulatory Agency, 60 million doses could start to be delivered by the second half of 2021.

Health Secretary Matt Hancock said: “The Valneva vaccine showcases the best of Scottish expertise right at the heart of our UK vaccine endeavour, demonstrating the strength of our union and what the UK can achieve when it works together.

The Moderna vaccine has also been approved and has been found to work against the strain of the virus detected in South Africa and England.

The UK Government has 17 million doses of the drug while the company has announced cuts to doses in the EU.

France was forced to cut 100,000 vaccination appointments due to the announcement in a further blow to the EU.

Moderna has stated the delivery of the drug will be 25 percent less than expected this month.

The EU has also experienced issues over the Oxford University and Pfizer vaccines.

Both vaccines have experienced supply chain issues with the EU threatening to invoke Article 16 of the trade deal with the UK last week.

If the EU had invoked Article 16, it would have allowed parts of the deal to be overridden.

However, amid the concern over customs checks the EU backed down and instead declared products must now have custom export declarations attached to vaccine deliveries.