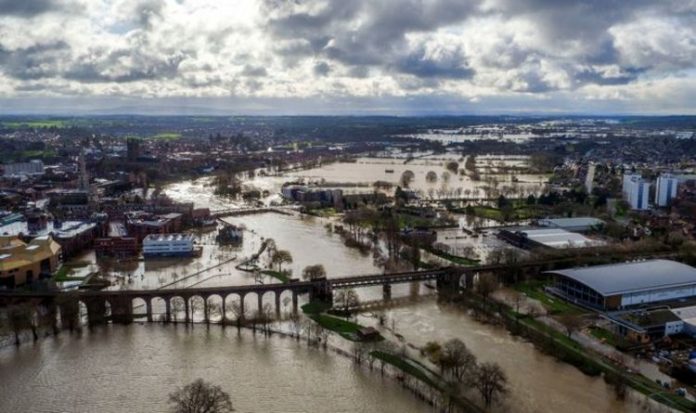 It will fall on saturated ground after a soggy December and the Environment Agency has put 6,500 staff on standby, backed by 1,500 military reservists. River levels are relatively normal for the time of year but groundwater in the South-east is above average, raising the risk of floods from underground.

The warning was issued by the Met Office and Environment Agency in their annual winter flood briefing.

It means the prospect of a white Christmas is receding for most, with a sunny December 25 on the cards while cold and frosty at night.

Will Lang, head of civil contingencies at the Met Office, said: “Beyond that, longer range forecasts for January and February have been consistently suggesting wetter, windier and milder conditions are more likely, so wet weather will return.

“This could be the wettest part of the winter.”

Last February was the wettest on record with three-and-a-half times as much rain as normal.