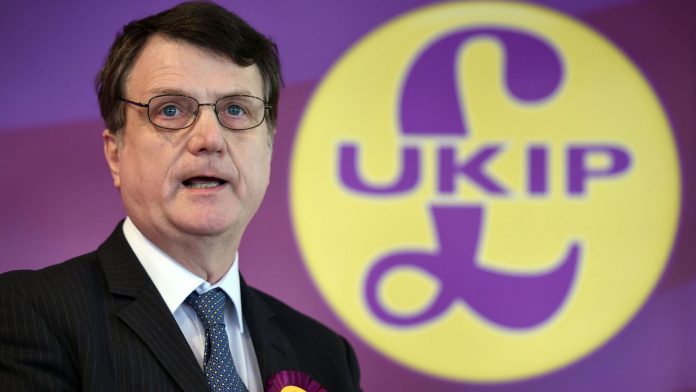 A senior UKIP source has confirmed the party’s leader has met with key social media activists from the ‘alt-right’ in an effort to boost a spike in membership applications since the prime minister’s Chequers agreement on Brexit.

Sky News has seen figures which show UKIP has enrolled 3,031 new members since 6 July – the day the cabinet met at Chequers and agreed a plan that included seeking ‘common rulebook’ with the EU for goods as part of its Brexit strategy.

Earlier this year former leader Henry Bolton said the party had been losing 1,000 members per month.

But the party’s current leader Gerard Batten told Sky News the Chequers agreement had led to a notable increase in membership applications.

He said: “It’s obvious to the British public now that Mrs May is betraying Brexit and she’s going to go on doing that, and that is causing immense anger in the population and a lot of people are joining us because of that.”

However, Mr Batten also claimed some of the increase in membership had come as a result of recent support the party has received from controversial social media figures associated with the so-called alt-right, such as Paul Joseph Watson, the editor-at-large of infowars.com.

“We’ve taken on-board some people from the alternative media realm, who joined us by the way, I didn’t invite them.

“They came on board because they like what we’re saying, they like the things we represent, and that opens us up to a much wider audience than we had before, particularly among younger people.”

Mr Batten denied his anti-Islam views and backing for former EDL leader Tommy Robinson – who is barred from joining UKIP due to a previous affiliation with the BNP – would prevent the party being able to win over support of more mainstream eurosceptics.

“Those people have got an awful lot of things in common,” he said.

“They are the ordinary working people in this country that pay tax and the small business owners – they are a forgotten group in our country.

“I don’t think the fact Tommy Robinson may have had a youthful indiscretion and joined the BNP cuts much ice with those people – they care about what he’s talking about.”

Under Mr Bolton’s leadership the number of members is understood to have slumped to around 18,000.

The current level is thought to be near 23,000 but a senior party source said strategy meetings with alt-right figures, thought to have taken place last Friday, were aimed at raising UKIP’s membership above its previous high of around 40,000 in 2016.

A regional breakdown of new UKIP memberships since July shows the biggest rise coming from the South East, with nearly 500 new applications.

At the height of its popularity between the European elections in 2014 and the 2016 referendum, UKIP generated significant support in the leave-voting Essex constituencies along the Thames estuary.

In last year’s general election, Thurrock was the party’s number one target nationally, having come within hundreds of votes of the Conservatives and Labour in 2015.

The party would have only needed a swing of 1% away from the Tories to win the seat but, as was reflected in results across the country, support fell back to the Conservatives and Labour.

The candidate in both 2015 and 2017 was Tim Aker, who has served as a UKIP MEP, but earlier this year he left the party.

Mr Aker stood in recent local elections for the Thurrock Independents, and says while the government’s Brexit strategy does create an opening for UKIP, he has no confidence in the party being able to capitalise on that opportunity.

“There is a massive opportunity to build up locally, but UKIP under the current leadership just isn’t interested.

“They care about what women wear and someone found in contempt of court, not about the bread-and-butter issues.”

Speaking to Sky News in Grays, Essex, Mr Aker accused Mr Batten of blurring the distinction between concerns over immigration and his anti-Islam stance.

“The two things are completely different,” he said.

“Under Farage, when UKIP were riding high, the talk was about the Australian points-based system – people want controlled immigration.

“Look around: Thurrock is a very mixed very diverse community – how could UKIP do well here?

“Because everyone here drives on congested roads, has to wait longer for GP appointments, and sees council house waiting lists soaring by the week – now that’s not pointing fingers at any one community, it’s saying the numbers of people coming into this country are too high and we need to control that.

“The only way we can control that is by leaving the European Union that’s the message that UKIP should be talking about.”

:: Breakdown of UKIP members in the UK: 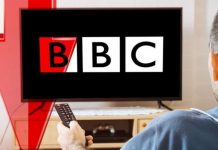 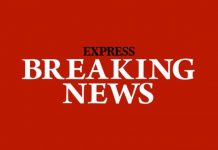 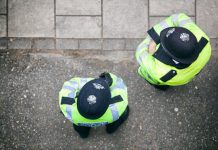