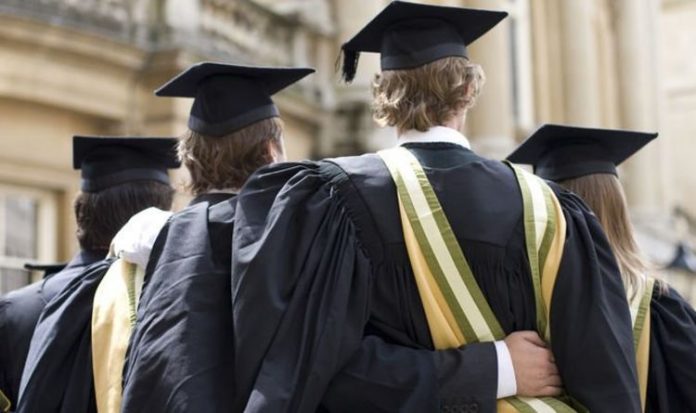 It has nearly doubled in 12 months and worked out at a staggering £5.6million per day in interest alone being heaped on to the cost of degrees for graduates. With the overall student loan debt having now reached £140billion, the amount of interest being added looks set to increase further in the coming years.

In total, the amount of interest ­payments that have been applied to student loans which are currently unpaid is £5.715billion. Students still at university automatically have their debts increased by inflation plus two percent.

After graduation, meanwhile, the rate varies depending on how much the loanee is earning.

The interest added to ­student loans last year totalled just over £1billion and was £757million a year before for the 2017-2018 academic period.

A study by the Institute for Fiscal Studies calculated the student loans system is so expensive that more than four in five undergraduates will have their debt written off eventually after 30 years rather than paying it off in full.

Christopher McGovern, chairman of the Campaign for Real Education, said: “The growing ­problem of ­student debt, mostly unpaid, is a r­unaway train.

“The Government is guilty of ­educational and financial delinquency by allowing it to continue.

“Around half of students would be far better served by doing apprenticeships or ‘on-the-job’ training.

“This would keep them clear of debt and provide them with an income.

“It would also invigorate the British economy.”

Under the current system ­students start to pay back their loan when they are in employment and the amount of the repayment varies on a sliding scale depending on how much they are earning.

Tuition fees for students currently stand at £9,250-per-year and the average debt for students graduating this year was £40,000.

Figures from the Students Loan Company show the average student who was repaying their loans last year paid around £1,000 back.

Currently there are more than four million former students who have deductions from their pay packets to meet their Government loan payments.