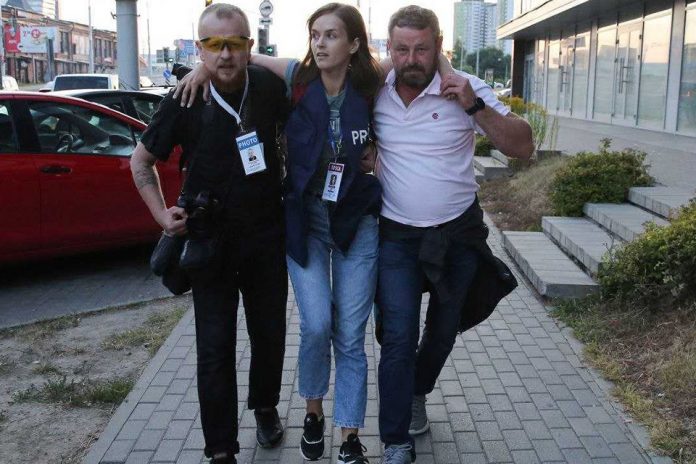 The Honourable François-Philippe Champagne, Minister of Foreign Affairs, and Dominic Raab, the United Kingdom’s First Secretary of State and Secretary of State for Foreign, Commonwealth and Development Affairs, today announced the winner of the first Canada-United Kingdom Media Freedom Award to recognize the journalists, individuals and organizations that actively promote and protect media freedom.

This year’s winner, the Belarusian Association of Journalists, was singled out for its ongoing commitment to journalistic ethics and principles and its perseverance and self-sacrifice in the face of increased targeted crackdowns on media in Belarus.

The announcement was made jointly during this year’s Global Conference for Media Freedom, held virtually today, November 16 2020, and hosted by Canada and Botswana. The conference builds on the success of its inaugural session, held in London, United Kingdom, in 2019.

Attendees discussed the impacts of COVID-19 on media freedom, the increasing damage of disinformation to public trust in journalism and the prevalence of physical threats to journalists.

The establishment of the Media Freedom Award is one part of Canadian-UK efforts to drive international action on improving the safety of journalists around the world.

It is vital that journalists, wherever they work in the world, can shine a light on what is going on, without fear of retaliation, censorship or punishment. I pay tribute to the Belarusian Association of Journalists for their dedication to reporting human rights and electoral fraud in the face of violence, threats and intimidation. The work of those who defend media freedoms has never been more important.

At a time when media freedom is increasingly under attack, we commend the Belarusian Association of Journalists as it fights to protect the rights and freedoms, lives and livelihoods of media professionals in that country. Its ongoing efforts to counter repression and disinformation ensure the voices of journalists and citizens are heard, and matter, when it counts the most.

Andrei Bastunets, Chairperson of the Belarusian Association of Journalists said:

It is a great honour for the Belarusian Association of Journalists to receive this award. We regard this award as a high appraisal of the work of our colleagues, who every day honestly cover events in Belarus, risking their freedom and health. Today, journalists in Belarus have to work under gunfire, literally, in a peaceful country. They are victims of police violence and are sentenced to long-term arrests for their work. We thank every voice in the world that speaks out for Belarusian journalists today! This is very important for our colleagues who remain imprisoned.