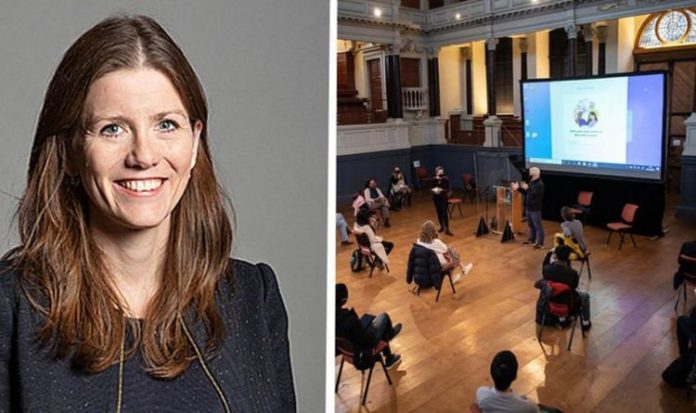 Universities Minister Michelle Donelan said she supported the newspaper’s Fair Deal for Students crusade highlighting the plight of the nation’s youngsters, which we launched last Friday. Speaking to Sunday Express columnist Nick Ferrari on his LBC radio show, Ms Donelan said it was vital those studying were given all the economic and emotional backing they can get. She said: “It is absolutely right we invest in them and support them through this time.

“The younger generation will have to deal with a lot of the fallout from the pandemic as well in the years to come.”

Ms Donelan added that the focus on schools “does sometimes leave higher education students feeling that they haven’t been given that same airtime or that same consideration”.

The minister was speaking as the Government announced an extra £50million for students, boosting total support for this academic year to £70million.

But Sheffield Central Labour MP Paul Blomfield, who leads a cross-party group of MPs and peers looking into student support, said this amounts to around £25 per individual and “falls well short” of what is needed.

He added: “The Government have acknowledged the problem but failed to provide a solution. Our cross-party report called for substantial new hardship funds.

“It offers no guarantee on rent refunds for unused accommodation and no support to universities to provide extra education to catch up for lost learning.” He said that “it’s disappointing that in its response to our bold calls to protect students and universities, the Government have ducked their responsibility”.

Yesterday, MPs from across the political spectrum reiterated the Daily Express’s calls for refunds to students who are unable to use their digs during lockdown.

Ms Donelan responded, saying: “Our priority is to ensure that the opportunities of our young are safeguarded and that students aren’t left in hardship.”

The Universities Minister announced a £50million rise in hardship funding this week.

It might sound a lot, but it falls well short of our recommendations and the Daily Express campaign.

In fact, it amounts to just £25 per student in England. Hardly enough to make up for the year of increased financial pressure from lost part-time jobs and reduced family income, while paying for accommodation that can’t be used.

In Wales, support announced by the devolved government is worth over £300 per student, while in Scotland it’s around £80. It won’t just fail to provide the financial help needed, it doesn’t cover rent refunds.

And there’s no mention of support for lost learning. While universities have worked hard to offer the best possible teaching, it could never match the normal offer and many students have missed vital opportunities.

Some students have missed out on specific types of teaching, access to labs and studios, fieldwork, group activities and much more.

In some professional degrees this learning is essential for graduation and for others it is vital for progression.

This should focus on students who need practical experience to get their degrees, but it should be available to all who missed out.

These programmes could run through the summer.

Ministers have ducked their responsibilities and must now think again.