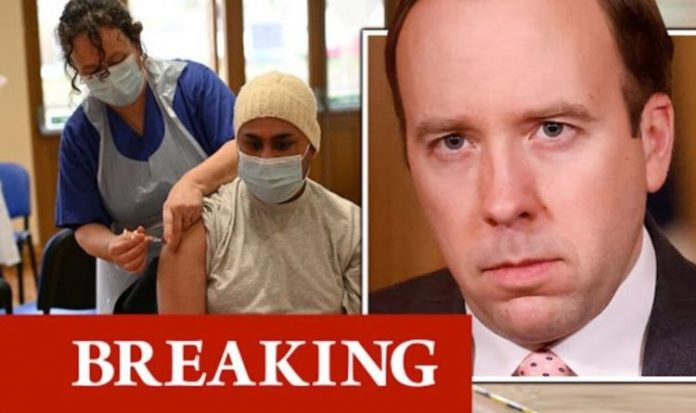 The UK has delivered a world-leading vaccination programme with more than 17million doses administered, but the latest data suggest number of inoculations has plummeted in recent weeks. Data released by the Department for Health show 192,341 people were given their first jab on Monday.

The figure is down by around 50 percent from the same time last week.

The UK has ordered hundreds of millions of doses of vaccine and a Government source has admitted supply has been “lumpy” this week, Times Radio reports.

The apparent slow-down in the vaccine numbers could derail the UK’s exit from lockdown announced by the Prime Minister on Monday afternoon.

Boris Johnson outlined his roadmap to remove all restrictions in England by June 21 but stressed this was largely dependent on the vaccine programme.