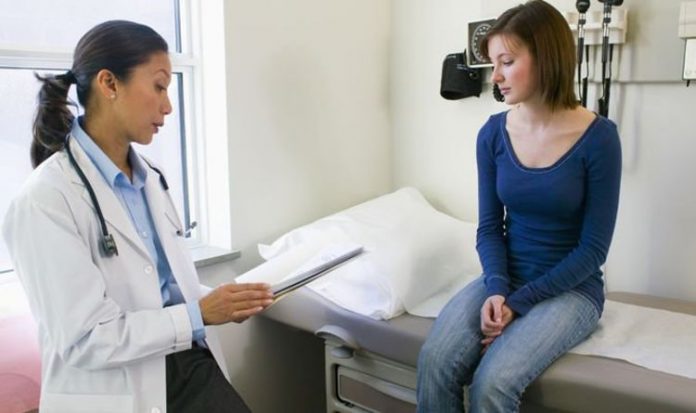 A cross-party group of MPs are pushing for the invasive tests to become a thing of the past. Richard Holden, the Conservative MP for North West Durham, will this week introduce a Bill which would prohibit the practice. A recent BBC investigation uncovered clinics which carried out the so-called virginity tests for between £150 and £300. Clinics also advertised “virginity repair”. The World Health Organisation, alongside UN agencies, has called for an end to the examination, which it describes as a “medically unnecessary, and oftentimes painful, humiliating and traumatic practice”.

It warns: “Many women suffer from adverse short and long-term physical, psychological and social consequences of this practice. This includes anxiety, depression and post-traumatic stress.

“In extreme cases, women or girls may attempt suicide or be killed in the name of ‘honour’.”

The French Government has unveiled plans for fines and jail terms for doctors who provide “virginity certificates” ahead of weddings.

Mr Holden said: “This is just the start of what is an incredibly important campaign I am running to see so called virginity tests be made illegal. These tests are not only quack science much more importantly they are a violation of the basic rights of women and should have no place in any society, least of all modern Britain.

“The tests are not only absolutely absurd but in many cases can be painful and humiliating for the women who have them.

Frankly, they also reek of misogyny and play into the most harmful stereotyping of women and girls.

“Britain, which has been leading international efforts on girls education, should take another lead and end to this outdated and dangerous practice.”

Natasha Rattu, a barrister and executive director of the charity Karma Nirvana, which supports women who have suffered forced marriage and so-called “honour-based” abuse, said: “There are so many hidden harms, including child marriage, prevalent in the UK that the Government needs to take firmer action on…

“Virginity testing is a harmful and hidden practice which not only violates the rights of women and girls, but has both immediate and long term consequences that are detrimental to her physical, psychological and social wellbeing.”

The charity is also supporting a bid to end child marriage in the UK led by Mid Derbyshire MP Pauline Latham.

Ms Champion said: “The very concept of a virginity test feels medieval. Women and girls are not chattels to be selected on their chaste nature.

“What happened to love and compatibility as reasons for a relationship? I’m sure there is not an equivalent test for men and boys.”