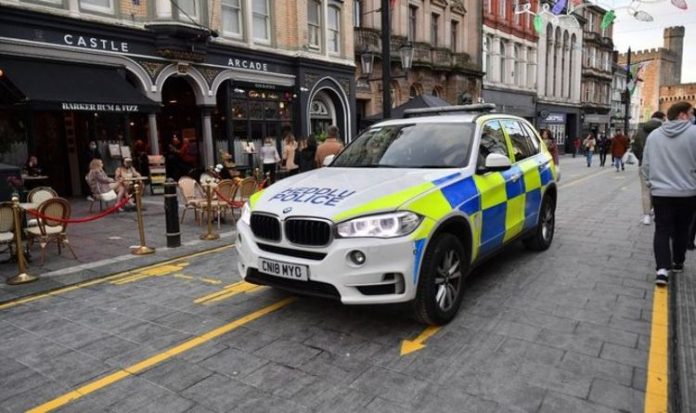 Secondary schools and colleges have already been told to switch to online learning from Monday in a “national effort to reduce transmission of coronavirus”. And sources have told LBC that ministers had met to discuss imposing a new lockdown on December 28, although a final decision had yet to be taken.

We have seen people having house parties, people inviting large numbers of people back to their own houses

First Minister Mark Drakeford has said public fatigue, household mixing, and people’s behaviour to and from hospitality venues has led to the surge in coronavirus transmissions.

The Welsh Labour leader said most people had stuck to the rules intended to curb the spread of the virus, only for a minority to break them – resulting in numbers “flying up again” following the end of the country’s 17-day firebreak.

Wales was the only country in the UK to not see a fall in COVID-19 cases at the end of November, despite its lockdown ending on November 9.

Its excess death rate has also been higher than in England and Scotland over recent weeks.

Mr Drakeford said: “It is the weeks since the firebreak that we have seen the gains waning.

“It is partly because, despite the strict rules we have here, fatigue, people’s sense of no hope for the future has meant that not everybody has been willing to abide by the restrictions that are still necessary.

“We have seen people having house parties, people inviting large numbers of people back to their own houses when that is absolutely not allowed within our rules.

He continued: “Most people in Wales do everything they can to abide by the rules but with coronavirus, you only need a relatively small number of people who are not prepared to do that and you see the numbers flying up again.

Mr Drakeford defended his decision to end Wales’s lockdown after 17 days, following criticism that it was too short.

He said: “We didn’t come out of the firebreak too early. The firebreak period did everything that we hoped. It set the clock back three weeks. It gave us three weeks where the R number was below one.”

Wales’s chief medical officer Dr Frank Atherton also said the reason transmissions rates were on the rise was because people were mixing with each other but he denied that he was shifting the blame on to the public.

Dr Atherton said: “This is in no way putting blame on to people. This is just explaining what is happening and explaining the way in which the virus transmits from person to person. The more we mix, the more the virus spreads.

“The message I’m trying to give is Government can do so much, it can set the rules, it can try to protect people, it can provide the NHS services that we all rely on.

“But there is something about personal responsibility as well for how we behave individually and collectively.”

DON’T MISS
London being ‘prepared’ for Tier 3 lockdown as cases surge[FOCUS]
EU delays vaccine: EU regulator warns Pfizer jab might be REJECTED[SPOTLIGHT]
Coronavirus: Working from bed can be good for you, says psychologist[INSIGHT]

Welsh education minister Kirsty Williams said the decision to move secondary schools and colleges to online learning came after the chief medical officer warned the public health situation in the country was “deteriorating”.

She said: “Every day, we are seeing more and more people admitted to hospital with coronavirus symptoms.

“The virus is putting our health service under significant and sustained pressure and it is important we all make a contribution to reduce its transmission.

“In his advice to me today, the CMO recommends that a move to online learning should be implemented for secondary school pupils as soon as is practicable.”