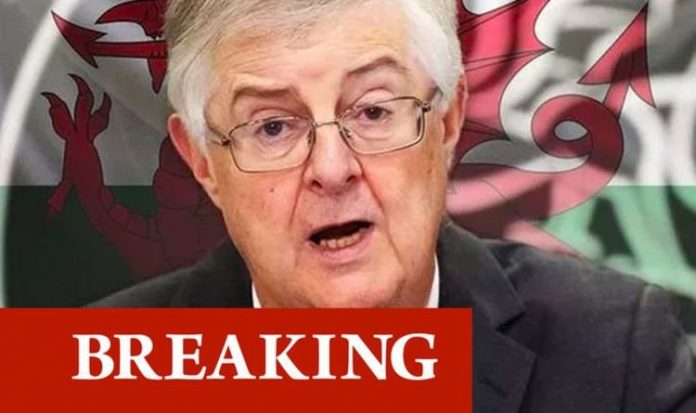 First Minister Mark Drakeford will lift the measures imposed to curb the spread of the deadly virus after they came in in October. Under the rules, people were banned from entering and leaving an affected area of Wales without a reasonable excuse such as work or education.

Travel into tier three areas in England will still be prohibited under the regulations, which will come into force at 6pm on Friday.

The majority of England is under Tier 2 restrictions.

The Welsh Government’s decision comes after England’s second lockdown came to an end on Wednesday.

Travel to and from Scotland in the low levels will also be allowed, but restrictions will remain for tier 3 and 4 zones.

The Welsh Government said: “We should all think carefully about where we go and who we meet because the more places we go and the more people we meet, the greater the chances there are of catching coronavirus.

“In particular it is also sensible to avoid travelling to and from areas with a higher incidence rate if you can.”

Under the new restrictions, households living in Tiers 2 and 3 – covering 99 percent of the population in England – are banned from mixing indoors and there are strict controls on hospitality.

READ  Brexit latest: France will not want backlash from its own citizens over queues at Dover | Politics | News - UK

While pubs and restaurants in Tier 3 must remain closed except for takeaways and deliveries while those in Tier 2 can only serve alcohol with a “substantial” meal.