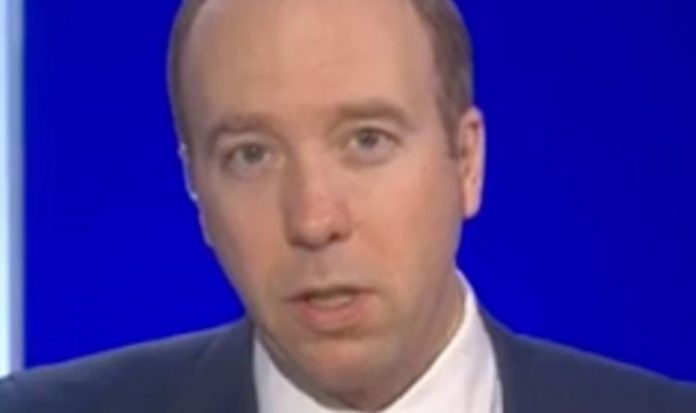 Matt Hancock welcomed the news that British regulators had approved the Oxford/AstraZeneca coronavirus vaccine in time for the new year. The Health Secretary said the new jab will allow health officials to roll out the vaccination programme “much faster” and to more Britons across the UK. Mr Hancock also confirmed the Government will “take action today” to further contain the spread of the virus, hinting at further changes to the tier system currently in place.

Mr Hancock said: “The Oxford/AstraZeneca vaccine is being authorised for use by the regulator. They’ve been looking really carefully at all the information that’s come out of the trials.

“They’ve approved it for use which means we can accelerate the vaccine roll-out, which is much needed, and the NHS has done a fantastic job over December in making sure the Pfizer vaccine can be used across the UK. And especially focussing on the over-80s and those in care homes.

“But this Oxford/AstraZeneca vaccine is very good news. We have 100 million doses on order.

“The roll-out will start on January 4 and it will really accelerate into the first few weeks of next year.”

The Conservative frontbencher admitted to feeling “confident” the Astrazeneca vaccine will help the country return to normality “by the spring” of 2021.

He did however note regulators had suggested the second dose of the jab be administered 12 weeks after the first one while the Pfizer/BioNTech vaccine only requires 21 days between doses.

Mr Hancock later confirmed the tier system will indeed change once he has had the opportunity to update Parliament on Wednesday afternoon.

Speaking to the BBC, he said: “Yes, I’m going to set out the details in the House of Commons today.

“Numbers are going up, not just in London as in the past few weeks but also in other parts of the country.”