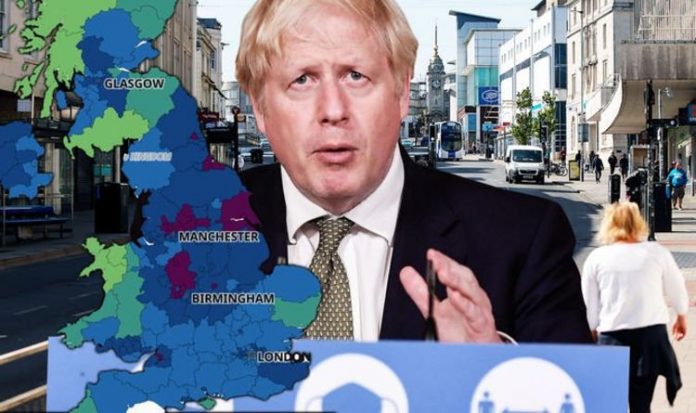 Manchester, which previously refused to enter Tier 3 restrictions without additional cash form the Goverment, is seeing higher than average rates.

Greater Manchester Mayor Andy Burnham said while infection rates were dropping, the Government should not “let everything loose”.

He told BBC Breakfast: “I would also say to the Government, don’t just go towards Christmas and let everything loose.

“What you need to do is keep a steady approach that will keep the numbers going in the way they are currently going in the North West and in Greater Manchester, and that will relieve the pressures on the NHS come January.”