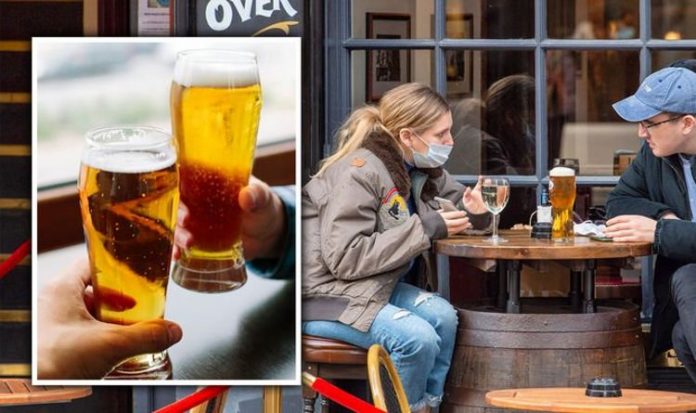 Later this month Boris Johnson is expected to outline his ‘roadmap’ for getting the UK out of lockdown following several months of restrictions. Non-essential shops and hospitality businesses have suffered significantly during the pandemic, but it is hoped widespread vaccine rollout and reduced Covid transmission will allow these businesses to reopen once again over the coming months.

When will pubs reopen?

The Government has not yet confirmed when pubs will be able to reopen, but there have been suggestions that lockdown measures could start to ease in England from March.

Boris Johnson said earlier this month he hoped pupils can start returning to school from March 8, and from this point other sectors of society could also be allowed to reopen.

Hospitality businesses have been disrupted by closures for several months since the first lockdown in March.

But according to several reports, pubs in England could be allowed to reopen very soon.

Ministers are supposedly considering allowing pubs to serve takeaway pints in April, before fully reopening from May.

But another source has claimed the prospect of allowing pubs to open in April, without being able to serve alcohol, is also being discussed by ministers.

However, Government officials have been dismissive of the idea of ‘dry’ pubs, and opposition politicians have also voiced their criticism of the suggestion.

Lucy Powell, Labour’s shadow minister for business and consumers, said: “These half measures would be deeply damaging for pubs and hospitality.

“Rather than forcing them to open but not sell alcohol, the Government should protect jobs and businesses by making the furlough scheme smart and giving businesses access to the emergency support they need – keeping it in place until necessary measures are lifted.

“Ideas like this could see Covid cases rise and business thrown under the bus needlessly.

“The vaccine gives us a way out – the last thing businesses need now is ridiculous speculation about reopening under unviable terms.”

If this is the case, people may be able to start meeting in outdoor settings such as beer gardens or in outdoor restaurant seating areas.

Tim Spector, professor of genetic epidemiology at King’s College London, spoke to Times Radio about how reinstating the rule of six to allow people to meet outdoors should be “definitely encouraged” around the same time as primary schools begin to return.

When asked whether private gardens were safer than outdoor pubs or restaurants, he said: “My personal view, and I’m not speaking for anyone here, is actually sometimes a beer garden is more controlled than people’s homes and gardens.

“Generally most establishments are well behaved and I think they clean the tables and people keep their distance and I see no reason why we couldn’t move towards that in places that are well set up for it.”