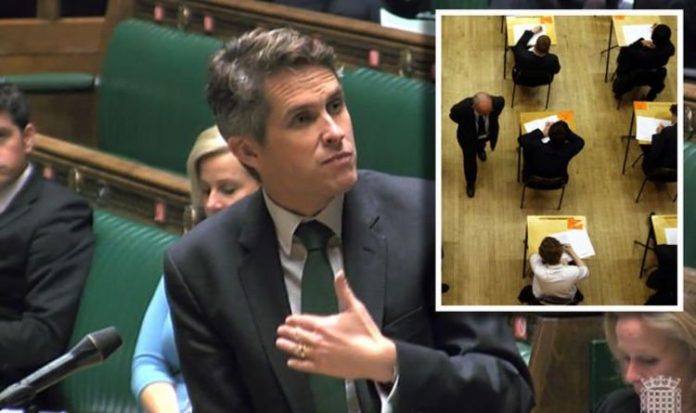 Schools are due to break up for the Christmas holidays in the coming days, an exciting time for children around the world. However, Christmas will be very different this year with the coronavirus pandemic, and some parents are wondering when schools will go back after Christmas, and if there will be a delayed start to the January term.

Across England tiered measures are in place, ranging from Tier 1 to Tier 3, the higher being the strictest.

No matter which tier an area is in, schools have remained open in a bid to return education to normal after months of learning from home.

Greenwich council leaders had suggested pupils work from home for the last week of term as London entered Tier 3, however, this was quickly quashed by the Government.

“It is hoped the staggered return will allow headteachers to roll out mass testing of children and staff in the new year.”

Primary school pupils will go back to school as normal in January, alongside students in exam years, vulnerable pupils and key workers’ children.

During the first lockdown, children had been learning from home, with classes online and schooling helped by parents.

However many have argued this has set schooling back by months, and are eager for classes to continue in person as normal.

Mr Williamson is due to make a written ministerial statement on Thursday.

Speaking to the Public Accounts Committee (PAC), Susan Acland-Hood, permanent secretary at the Department for Education, said there were no “plans to lengthen the Christmas holiday”.

But she told MPs on Thursday morning that discussions were underway about how pupils would go back in January.

Meg Hillier, chairwoman of the PAC, said it was “ludicrous” parents and schools still did not know, on the final day of term for many schools in England, what was happening on the week commencing January 4.

Speaking about events in London this week, Ms Hillier said parents have had “very confusing messages” from Government and local authorities.

She said: “So it’s just a complete dog’s breakfast out there.

“Parents don’t know from day to day whether their child is going to be in school, partly because of Covid, but then this layered on top is unacceptable, surely?”

Labour leader Sir Keir Starmer told reporters: “I think schools are going to be really frustrated this has come at the last moment.

“What we needed for schools was a plan that started last September and what we have had is one problem after another all through to the Christmas period.”