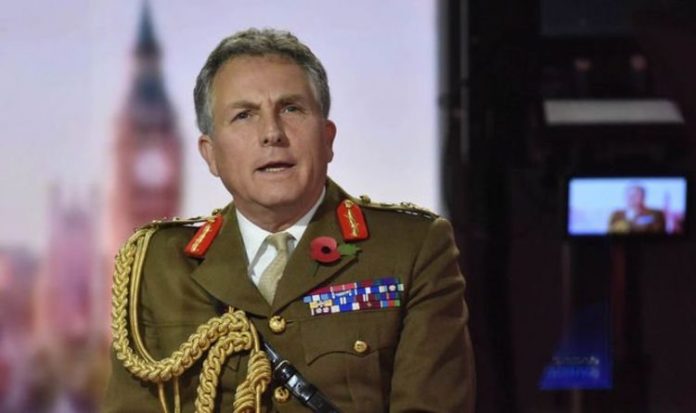 General Sir Nick Carter said Britain and the rest of the world would need to learn from history given the uncertainties caused by Covid-19. He said an escalation in regional tensions and errors of judgement could ultimately lead to widespread conflict. “I think we are living at a moment in time where the world is a very uncertain and anxious place and of course, the dynamic of global competition is a feature of our lives as well, and I think the real risk we have with quite a lot of the regional conflicts that are going on at the moment, is you could see escalation lead to miscalculation,” Sir Nick told Sky News.

The UK economy is projected to shrink by 2 per cent between October and December, while GDP is set to be 11 per cent lower this year in real terms.

A separate study showed that the coronavirus pandemic and measures to slow its spread had cost the global economy $3.8 trillion (£3 trillion), and put 147 million people out of work.

Sir Nick told the Sophy Ridge On Sunday programme there was a worry that the increase in regional conflicts playing out across the world could ramp up into “a full-blown war”, mirroring the run-up to the two world wars in the 20th century when a series of alliances between countries led to years of bloodshed.

“We have to remember that history might not repeat itself but it has a rhythm and if you look back at the last century, before both world wars, I think it was unarguable that there was escalation which led to the miscalculation which ultimately led to war at a scale we would hopefully never see again,” he added.

Asked whether he was saying there was a real threat of World War Three, Sir Nick replied: “I’m saying it’s a risk and we need to be conscious of those risks.

“And that’s why Remembrance matters, because if you look back at history, hopefully you learn from their experience and you make sure that you’re very cautious about how you manage the sorts of regional conflicts that we see playing out in the world today.”

The First World War began in 1914 after the assassination of Austrian archduke Franz Ferdinand ultimately led to Europe’s major powers ending up in conflict.

And the Second World War was precipitated by a stand-off between the increasingly aggressive Nazi Germany and the UK.