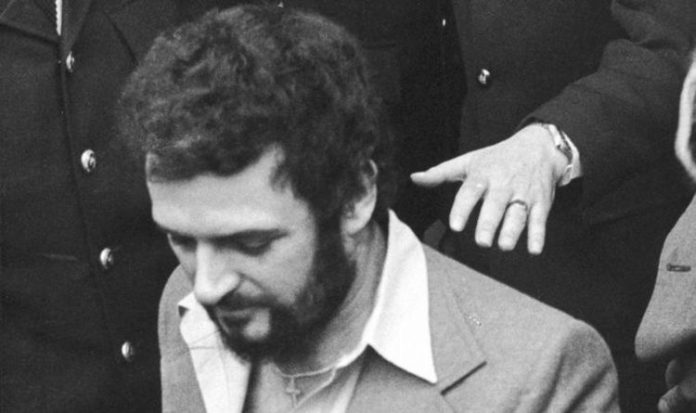 The serial killer was rushed to A&E when he was struck with “crushing pains” in his chest. Sutcliffe, 74, had been struggling to breathe for a few days before he was taken to hospital on Wednesday. He was cuffed to a bed in a private room away from other patients. Prison officers stood guard over him.

The former lorry driver, who will never be freed from jail, is reportedly paranoid about catching coronavirus.

He is said to have declined visits since they were restarted after lockdown. The killer, who beat victims with a hammer and stabbed them with knives and screwdrivers, reportedly said: “I’m not risking [Covid], it’ll kill you. It’s getting worse, it’s really increasing.”

Sutcliffe, who was jailed in 1981 for 13 murders and seven attempted murders, had apparently been struggling for breath for days at HMP Frankland, Durham, before suffering a suspected heart attack on Wednesday.

He was first treated at the high security prison’s hospital wing before being taken under guard to the University Hospital of North Durham.

A source said: “His heart rate is really high and oxygen is really low. He’s had symptoms of a heart attack.

“He’s got three officers with him in hospital and is cuffed by both hands and is also cuffed to the bed. He’s on a cardiac ward and is under observation.”

The source added: “He’s talking and trying to make conversation with the nurses. He’s being treated in his own room. They won’t treat him on a ward.”

Sutcliffe’s brother said he had not received any calls about his brother being treated in hospital.

Mick Sutcliffe said his brother was “fine” when they last spoke on Monday.

He added: “If he doesn’t ring me on Monday like he does every week, then I’ll know something has happened.”

A Ministry of Justice spokesman said: “We don’t comment on individual prisoners.”