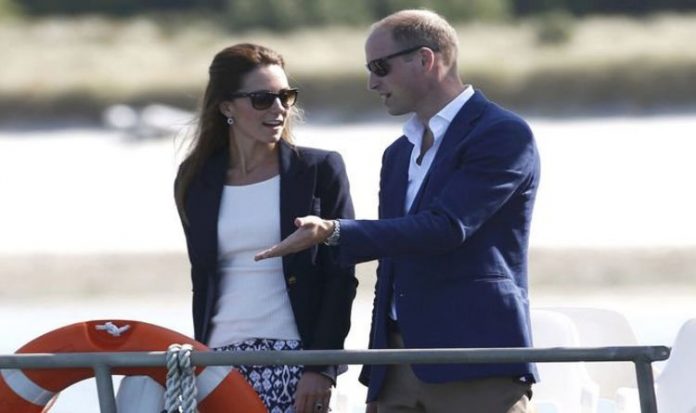 Kate, 38, and William, also 38, spent the half-term break with their three children Prince George, seven, Princess Charlotte, five, and Prince Louis two, on the Isles of Scilly. The Cambridge family are understood the have stayed in a four-bedroom cottage on the island – which is located just over 20 miles from Cornwall.

According to one holidaymaker, the royals could have easily been mistaken for a “normal family” and were happy to keep a low profile.

The Cambridge family were also treated to a traditional British welcome, with temperatures just about reaching double figures in the south west of England.

Speaking to , one holidaymaker said: “We hardly noticed at first as they seemed a normal family on holiday intent on keeping themselves to themselves.

“The place where they were staying was quite modest and certainly not hugely luxurious.

“We couldn’t help thinking what the weather might be like in California – but it’s much better to be holidaying here in Britain.”

According to Isles of Scilly’s official tourist website, the Isles offer a “simpler, kinder and more peaceful” quality of life.

It is not the first time Kate and William have made a trip to the remote British island, the couple visited the island in 2016 and again earlier this year.

The couple and with their three children embarked on a summer getaway to the beauty hotspot in July.

Just five on the 140 Isles of Scilly are inhabited with a population of just over 2,000 people.

Prince Charles owns much of the land and a third of all homes through the Duchy of Lancaster Estate.

The island also holds fond childhood memories for Prince William, who was taken there by his parents in June 1989.